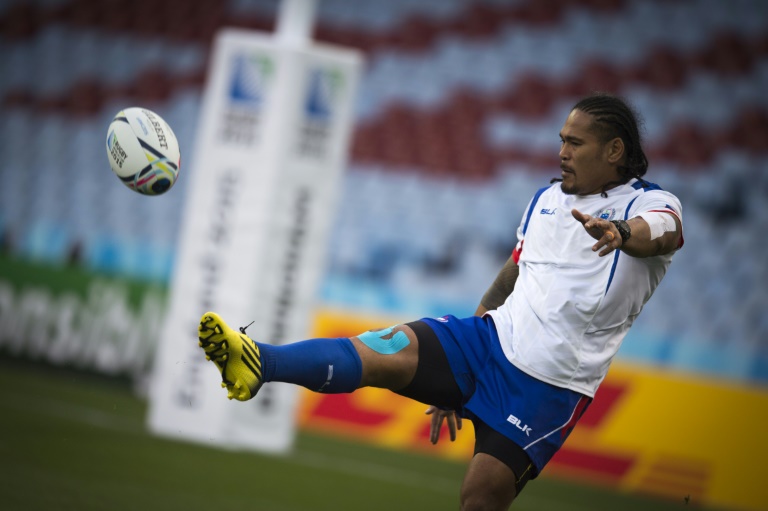 Samoan wing Alesana Tuilagi was Tuesday suspended for five weeks for striking a player with his knee in their Pool B game against Japan.

Tuilagi was cited for kneeing Harumichi Tatekawa in the second minute of the match won last weekend by Japan 26-5.

He denied foul play. But after reviewing all camera angles the citing was upheld by judicial officer Antony Davies.

A possible ban of eight weeks was reduced to five because of Tuilagi’s “impeccable conduct during the hearing, good character and record over a long career,” said a World Rugby statement.

Tuilagi’s teammate Faifili Levave is to appear before a judicial officer on Wednesday after being cited for “playing the opponent without the ball” in the same match.