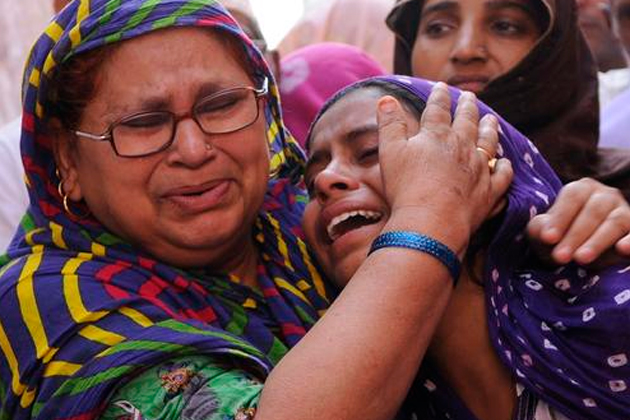 Dadri (UP): Trouble appears to be brewing for Union Minister Mahesh Sharma and rabble-rouser BJP MLA Sangeet Som with UP Police seeking action against them for alleged violation of prohibitory orders in Bishada village where a 50-year-old Muslim was killed on rumours of his family eating and storing beef last week

A report filed by the police with the District Magistrate of Gautam Budh Nagar district recommended filing of FIRs against the two leaders and also against BSP leader and former Minister Naseemuddin Siddiqui.

Superintendent of Police (Rural) Sanjay Kumar Yadav said the report has been filed against the three leaders who addressed the villagers in defiance of prohibitory orders in force in the area.

The leaders were given permission only to meet the family of the victim and not for addressing public meetings in view of the sensitive situation prevailing in the area.

Som, MLA from Muzaffar Nagar, is already in the news as he had on Sunday said they were capable of giving a “befitting reply” if “innocents were framed” in the lynching case. He had also attacked MIM MP Asaduddin Owaisi for visiting Bishada and accused non-BJP parties of indulging in polarisation of politics.

Sharma, Union Culture Minister, who represents Gautam Budh Nagar in Lok Sabha, has made a few visits to the victim’s house and has been attacking political rivals over the incident.

District Magistrate N P Singh had said on Monday that he was taking legal opinion on what action could be taken on the statements made by Som.

However, no action has been recommended against Congress leader Rahul Gandhi, Owaisi and Delhi Chief Minister Arvind Kejriwal who visited the family of the victim last week but did not address any public meeting.

Yadav said RPI leader Ramdas Athawale was denied permission to visit the village today because of the prevailing situation.