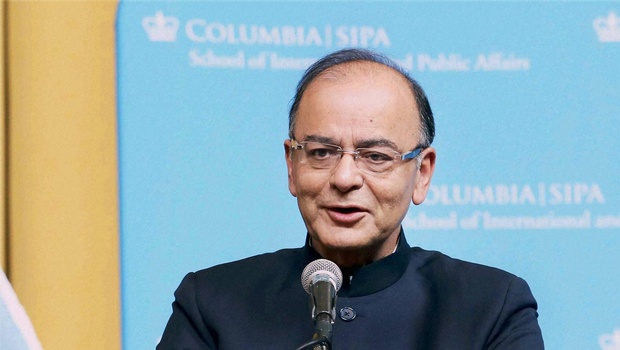 New York: Finance Minister Arun Jaitley has promised a rational tax rate for individuals and bringing down of corporate tax to 25 % flat in four years beginning next fiscal along with removal of exemptions except those that encourage individual savings.

Addressing students and faculty at the Columbia University here last night, he said along with a rational rate of taxation, more banking transactions and making PAN card compulsory for payments over a threshold limit will go a long way in tackling the problem of domestic black money.

He also said that once the corporate taxes go down, the exemptions, over there is a bulk of litigations and discretions, will have to be phased out.

The Finance Minister said the world needs “additional shoulders” other than China to push growth and this presents an opportunity for India.

He outlined the roadmap of the BJP-led Government for the coming months, saying the Goods and Services Tax (GST) will be a “top priority” and hoped to take the Bankruptcy Code to parliament in the winter session.

Referring to the problem of black money, the Finance Minister said, “The first step is you rationalise your rates and have rational rate of taxation which helps you in making sure that people comply.