Home World More troops may be needed in Afghanistan post-2016: US commander 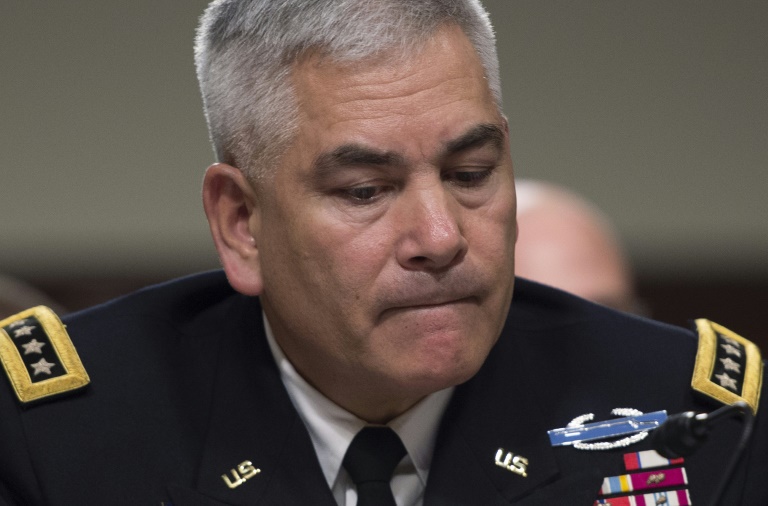 Washington must consider boosting its military presence in Afghanistan after 2016 if it intends to repel a Taliban upsurge, a US commander said Tuesday as he acknowledged an air strike on a Kunduz hospital was a mistake.

The United States is reviewing whether to press ahead with its plan to reduce the number of its troops in the war-torn country to an embassy-centric force of about 1,000 beginning in 2017, but General John Campbell warned that the “tenuous security situation” might require a reversal of that drawdown.

Asked if a change was warranted, Campbell testified before the Senate Armed Services Committee that “based on conditions on the ground, based on the transitions I have talked about, I do believe that we have to provide our senior leadership options different than the current plan that we’re going with, absolutely.”

US forces in Afghanistan presently stand at about 9,800, a number which was supposed to have been halved by the end of 2015. But President Barack Obama provided “flexibility to Campbell to slow the drawdown.

“If you go to just embassy only, our ability to do TAA (train, advise and assist) is limited,” Campbell said.

The general pointed to various “setbacks” in battling insurgents in Afghanistan, including those who briefly seized control of Kunduz, and said Afghan Security Forces’ “uneven performance in this fighting season also underscores that their shortfalls will persist well beyond this year.”

Kunduz was the site of a recent deadly US air strike on a hospital that killed 22 people, an attack that Campbell described Tuesday as a mistake.

“A hospital was mistakenly struck,” he said, that “we would never intentionally target a protected medical facility.”

The general stressed that while it was the Afghans who called for the strike on the medical facility, ultimately the decision to launch the strike rested with US forces.

“To be clear, the decision to provide aerial fire was a US decision made within the US chain of command.”

Campbell reiterated that three separate investigations were being conducted. He also said US officials were communicating with Doctors Without Borders (MSF), the medical charity that was operating in the hospital when it was struck, to get “all sides of the story.”

MSF has branded the strikes a war crime, and has pulled out of the Afghan city in the aftermath of the attack.

Campbell reiterated that there were US special forces “on the ground doing train, advise and assist” in the area near the hospital shortly before the strike.