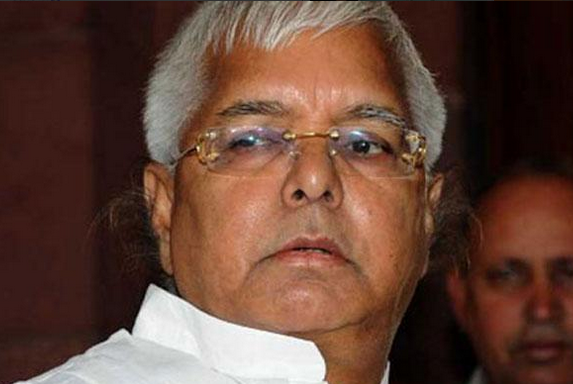 The FIRs were registered at Patna and Jamui against Prasad for the remark which Election Commission found violative of Representation of People Act and IPC sections, Additional Chief Election Officer R Lakshamanan told reporters.

Senior Superintendent of Police Patna, Vikash Vaibhav said that a case has been registered against Prasad with Sachivalaya police station.

He said Prasad has been booked on report by Executive Magistrate Rajiv Mohan Sahay on the “Narbhakshi” comment.

Another FIR has been registered at Sikandra police station in Jamui district for the comment by Prasad while addressing an election meeting on October 4, Lakshamanan said.

RJD president had used “Narbhakshi” barb against Shah on October 1 in reaction to his “chara chor” (fodder thief) remark about him in Patna while talking to mediapersons.

Prasad on September 30th tweeted “A Narbhakshi and exiled should not teach good conduct to Bihar. First he should tell people about his own misdeeds and stringent sections levelled against him.”

The vicious comment had came a day after Shah while addressing BJP workers meeting had apparently taken a dig at him by saying that Bihar which was once known by the name of Dr Rajendra Prasad, Loknayak Jayprakash Narayan and Karpoori Thakur was unfortunately today known by the name of “char ..