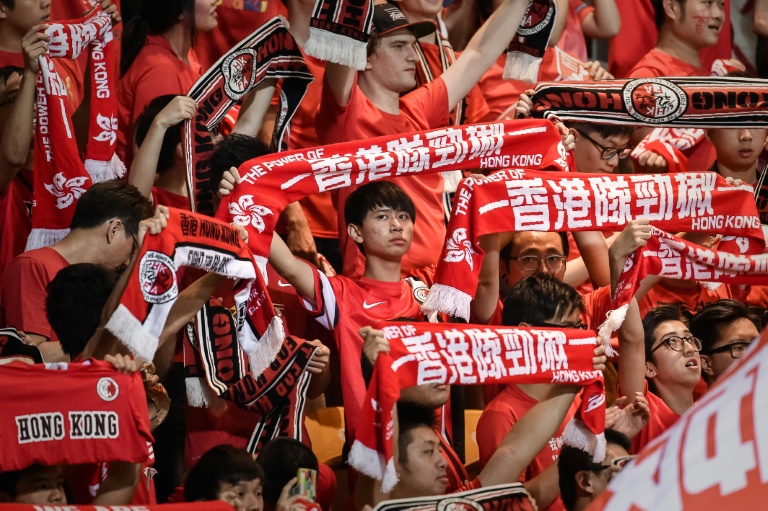 FIFA has fined Hong Kong after fans jeered the Chinese national anthem and threw a drink at a rival player during a World Cup qualifier, the city’s football authorities said on Tuesday.

Fans booed the “March of the Volunteers” — the anthem they share with China — at the game against Qatar in Hong Kong last month which the home side lost 3-2.

Last year’s mass pro-democracy protests have soured attitudes in the semi-autonomous territory towards Chinese authorities and prompted resentment among some fans that the Chinese anthem is used to represent the city’s team.

A carton of lemon tea was also thrown at a Qatari player.

Possible sanctions from world football’s governing body could have included playing future matches behind closed doors, but Hong Kong escaped with a fine and a warning.

The Hong Kong Football Association said it had been fined 5,000 Swiss francs ($5,100) over the “improper conduct among the supporters of its team”.

It was also warned about future behaviour at matches.

“FIFA has warned the HKFA that any further infringements will lead to more severe sanctions,” HKFA said in a statement.

“The HKFA would like to request Hong Kong fans to refrain from such action at all future matches so to avoid future sanctions,” it added.

Fans’ anger against China was stoked in June when a promotional poster used by the China Football Association described the city’s team as “black skinned, white skinned and yellow skinned,” which Hong Kong supporters criticised as racist.

FIFA had already given a warning to the HKFA after the Chinese anthem was booed at two home games earlier this year.

Hong Kong’s next qualifying game is away to Bhutan on October 13 before a rematch with China in November.

The two sides played out a 0-0 draw in the Chinese city of Shenzhen, just across the border from Hong Kong, last month.