Home Music & Entertainment His name is Khan and he deserves an Oscar: Paulo Coelho 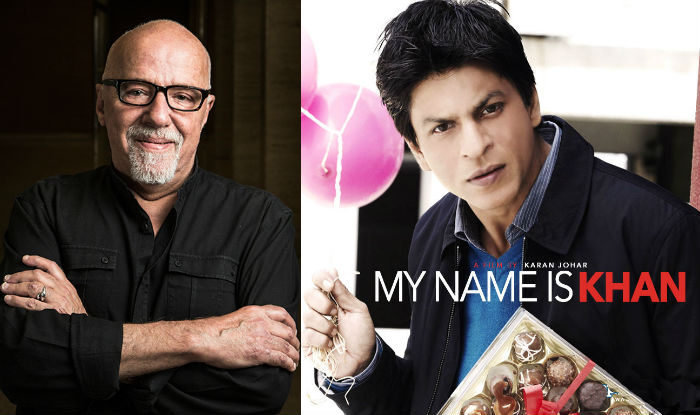 Brazilian novelist Paulo Coelho, known for his bestseller ‘The Alchemist’, who recently appreciated Bollywood superstar Shah Rukh Khan for his 2010 drama ‘My Name Is Khan’ as the best film he has watched said the actor deserved an Oscar for it. This took King Khan to cloud nine.

Coelho revealed that he recently watched SRK’s ‘My Name Is Khan’ and completely loved the film. He said if Hollywood was not manipulated, the actor was a front runner to get the prestigious Academy award.

What a Monday morning gift, @iamsrk !!! Now I need to know where to start pic.twitter.com/jt83awadHk

Just sent sum movies to @paulocoelho. Please tweet him ur suggestions which one to watch first. https://t.co/QF8BUzdFud

“His first (and only) movie that I watched (this year, even if it was released in 2008) was ‘My name is Khan’. And not only the movie was excellent, but SRK deserved an Oscar if Hollywood was not manipulated. He kindly offered to send the other titles – as you probably guess, it is not easy to find them in Switzerland.”

Paulo also wrote that he would be sending some of the special edition of his best-selling novels to the actor as a token of thank you.

SRK had sent the author a gift set of DVDs of films that he has starred over the years and Coelho posted a picture proudly showing off his gift and thanking the star.

Acknowledging his kind words, SRK thanked the author and asked his fans to suggest more films to the author to watch.