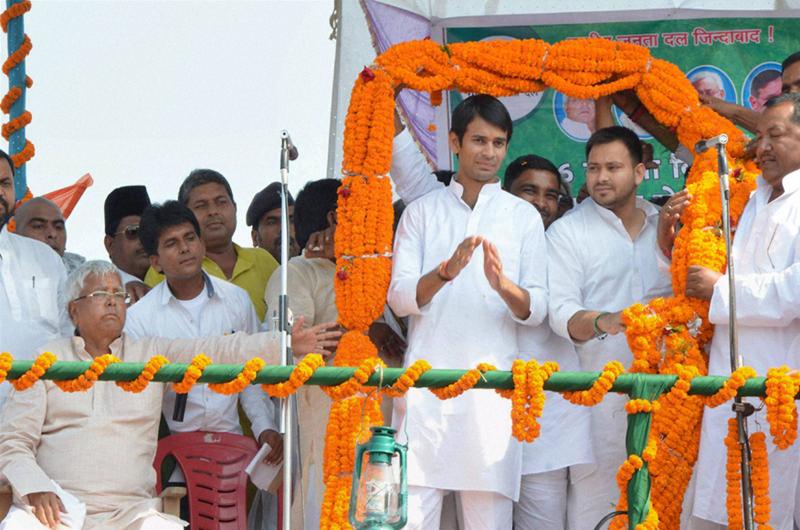 If the affidavits submitted by Lalu’s sons for the upcoming Bihar polls are to be believed, then his youngest son is actually older than his elder brother.

RJD Chief’s two sons- Tej Pratap and Tejashwi Prasad Yadav are making their electoral debut this year but their entry into the poll scenario has kicked up a row over the discrepancies in their age.

Tej Pratap, the eldest son of Lalu filed his nomination papers from Mahua assembly constituency in Vaishali district on Monday, wherein his age is mentioned as 25 years, which is one year less than that of his younger brother Tejashwi who had filed his affidavit two days ago.
Tejashwi, who is contesting from Raghopur constituency, has claimed to be 26 years old in the affidavit filed along with his nomination papers on Saturday.

Meanwhile, knocking out rumors on the discrepancies in the age of his sons as per the affidavits filed by them, RJD supremo Lalu Prasad Yadav said that there was no error whatsoever and what was mentioned in the voter list was final.

Swapping the age in affidavit- Is this RJD’s new poll tactics?