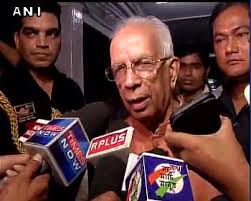 Kolkata: West Bengal Election Commissioner Sushanta Ranjan Upadhyay on Tuesday submitted his resignation to Governor Keshari Nath Tripathi amid uproar over his decision to put off counting of the state Municipal Corporation polls.

Upadhyay had drawn major flak from the ruling-Trinamool Congress (TMC) for deferring the vote counting and announcing re-polls in certain wards.

“Election Commissioner came to me, he gave his resignation. He pressed for it, I have sent it for comments from the government,” the West Bengal Governor said.