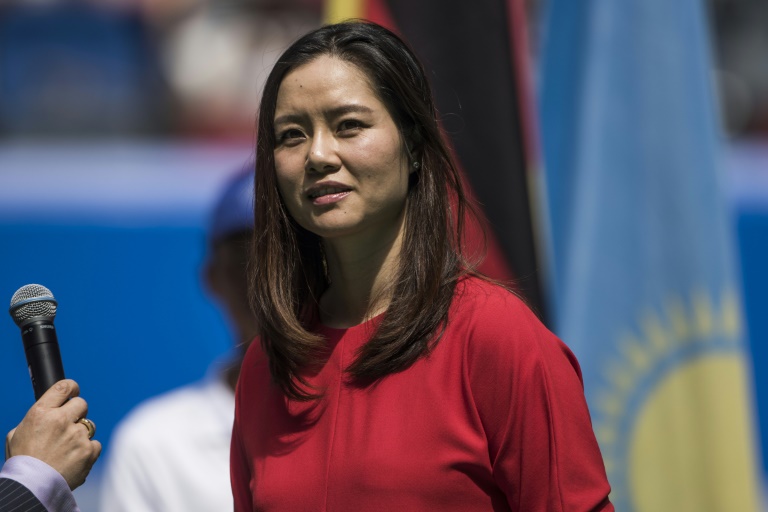 Li Na’s Grand Slam wins did miraculous things for tennis in China but a cultural shift away from central planning towards individual development is needed if the country is to emerge as a powerhouse, experts say.

Tangible evidence of tennis’s growth in China comes in the form of the Wuhan Open’s new, 15,000-seat stadium, opened by Li last month, which has a similar capacity to Wimbledon’s Centre Court.

Steady crowds and the presence of 12 Chinese players in the women’s top 200 — behind only Russia, the United States and the Czech Republic — also demonstrate tennis’s upward trajectory.

Much of the growth is directly attributable to Li, Asia’s first Grand Slam singles champion who won two major titles before she retired on the eve of last year’s inaugural Wuhan Open.

But many observers believe China’s next Grand Slam winner could be as many as 10 years away, with the dominance of the state-run sports system hampering players’ development.

“The factory-style government development of athletes may work in sports such as gymnastics, but tennis is different requiring a very clear and simple focus on individuals,” Chadwick said.

“Unless China embraces this notion then one imagines that the country will find it difficult to enable the type of cultural change that is required to promote the sport’s development.”

Li herself exemplifies the tensions that exist between China’s government sports set-up and its ambitions to shine on the world stage.

Li, who at a young age was ordered to abandon badminton for tennis against her will, famously split from the state system to organise her own sponsorship and be coached by her husband.

It took years of difficulty and media sniping before she finally made it big late in her career, becoming a superstar in her home country, complete with a bronze statue in her native Wuhan.

Jorge Salkeld, a Women’s Tennis Association (WTA) board member and senior vice president at Octagon Tennis, the Wuhan Open’s promoter for the tournament, said the “Li Na factor” has seen the popularity of tennis in China surge.

Provincial governments have quickly got on board, developing tennis academies and domestic championships — although regional rivalries are a difficult distraction for Chinese players.

“(Sport is) all state-funded and if a province is a winner in whatever national games then they are even more centrally funded,” he said.

“The tricky part is that (the) provinces’ main objective is to win the national games,” he explained, which diverts attention away from the professional tennis tours.

“When a player needs to be training on clay to prepare for the qualifications for Roland Garros, or grass to prepare for Wimbledon, they have another schedule going on at the same time. So that has created problems,” said Salkeld.

However, it is clear that China has embraced the sport, and when that happens, things can move quickly — and in unexpected directions.

Yi Guoqing, tournament director and general manager of the Wuhan Sports Development Institute, said it took just two years from the start of negotiations for the Wuhan Open to become reality.

He compared tennis in China to the market reforms under Deng Xiaoping, dubbed “socialism with Chinese characteristics” which allowed it to flourish into the world’s number two economy.

“The government means making the policies, the hand of the market is the participation of the society,” said Yi.

“Not only (in) tennis,” he added. “The whole economy of China is taking the same road. It is changing and I believe it will be more open in the future.”

And this may allow the country to create an entirely new model of tennis — one with Chinese characteristics.