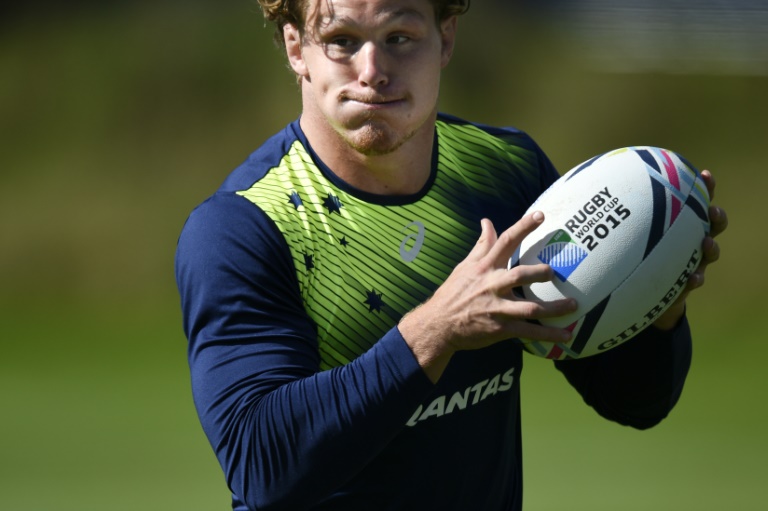 Michael Hooper’s date with a rugby judge and Rob Horne’s shoulder injury hit Australia’s preparations on Monday ahead of their World Cup pool decider against Wales.

Star flanker Hooper risks a ban of several weeks when he appears before a disciplinary hearing on Tuesday after being accused of foul play during Australia’s landmark 33-13 win over England.

The 23-year-old lynchpin of Australia’s back row flung himself shoulder first into a ruck and hit the head of England full back Mike Brown one minute before half-time.

French referee Romain Poite decided a ticking off and a penalty to England was enough. But independent citing commissioner Steve Hinds ruled further action should be considered.

A World Rugby disciplinary statement said Hooper had been cited for “charging into a ruck or maul without use of the arms or grasping the player.”

It said Hooper will face a hearing on Tuesday before independent judicial officer Alan Hudson of Canada.

If found guilty, Hooper faces a ban of between two weeks and up to 10 weeks or more if it is judged a serious offence. That would rule him out of at least the match against Wales on Saturday to decide who gets top place in Pool A.

England’s Sam Burgess has received a warning from the citing commissioner for a dangerous high tackle nine minutes from the end of the game.

England also face a team investigation over allegations that coaching staff made an illegal approach to match officials at half-time as the teams went off with England trailing 17-3. With England out of the World Cup, any sanctions will not affect the tournament.

Australia’s other worry is over wing Horne, who left the field after 11 minutes with a shoulder injury. Forwards Will Skelton and Wycliff Palu have already left the tournament because of leg injuries.

“The medical staff will continue to monitor him throughout the week,” he added.

Horne is understood to be struggling to be in coach Michael Cheika’s selection plans for Saturday’s game.