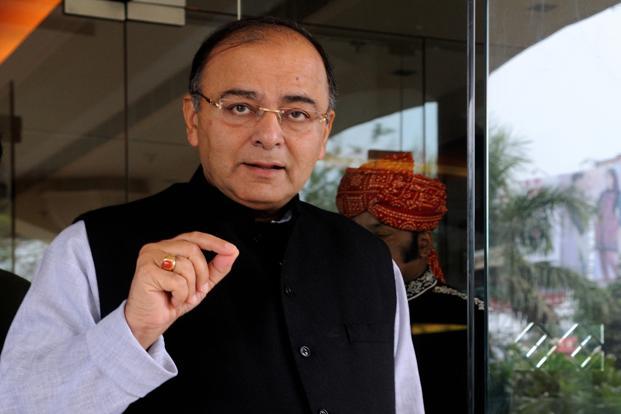 New Delhi: In an effort to keep a check on generation of domestic black money, the government soon will make it mandatory to furnish PAN card details for cash transactions beyond a certain threshold, Finance Minister Arun Jaitley said on Sunday.

“The government is at an advanced stage in considering the requirement of furnishing PAN card details if cash transactions beyond a certain limit are undertaken,” Jaitley said in a Facebook post.

He said the monitoring regime of the income tax department has been strengthened and its capacity to access information and apply technology driven analytical tools to expose evasion, has been enhanced.

“Its ability to detect large cash withdrawals, or large cash transactions which enter the system, is being strengthened. GST regime once introduced will also be a landmark step in this direction.

“Thus for commodities like gold where the initial purchase by the exporter is after the payment of custom duty, the subsequent transactions which are mostly in cash, can easily be found out,” Jaitley said.

In 2015-16 Budget, the Finance Minister had proposed making quoting of Permanent Account Number (PAN) mandatory for all sale and purchase of over Rs 1 lakh.

“Quoting of PAN is being made mandatory for any purchase or sale exceeding the value of Rs 1 lakh. The third party reporting entities would be required to furnish information about foreign currency sales and cross border transactions,” Jaitley said.

Thereafter, the government had received representations from various persons, including MPs, MLAs, trade and industry associations among others, against the proposed mandatory quoting of PAN for sale or purchase in excess of Rs 1 lakh.

Stressing that bulk of black money is still within India, Jaitley said there was a need to change the national attitude so that plastic currency becomes the norm and cash an exception and the government is working with various authorities to incentivise this change.

However, applications for fresh PAN will continue through offline and online modes during this period on the two designated and government-authorised web portals of NSDL and UTIITSL. Income Tax Department in a statement said, the backlog of PAN applications will be cleared within three days.