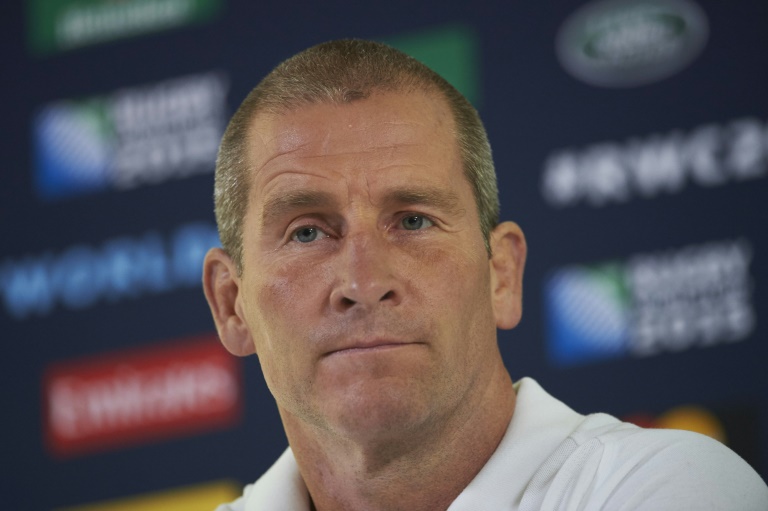 Stuart Lancaster insisted he will be permanently marked by England’s World Cup ignominy even though the head coach’s bosses said no immediate move would be made to replace him.

Lancaster told of his personal pain as recriminations started over the 33-13 and 28-25 defeats by Australia and Wales that led to England becoming the first World Cup hosts to exit in the first round stage.

“I’m the head coach and we didn’t get out of the pool. This is going to sit with us all forever – players, coaches, management,” Lancaster said in the aftermath of the stunning defeat on Saturday by the Wallabies.

“I don’t think I’ll ever come to terms with it personally because it was such a big thing.

“I’ve had some great moments coaching England and I’ve had some disappointing ones, but this pales everything else into insignificance because of what the tournament means to everyone.

“We lost two games, but they were crucial games and ultimately that let us down.

“It came down to the decision-making towards the end of the Wales game and some accuracy and execution at the end of the Australia game. That’s what we’ll be judged on and I understand that.”

Wales came back from behind to beat England while the World Cup hosts were hardly ever in the Pool A game against Australia that sealed their fate.

Lancaster became coach after England went out of the 2011 World Cup in the quarter finals. They have not won a Six Nations title since but Lancaster was given a contract extension until 2020 last year.

Former England captain Will Carling, who after the Wales defeat accused Lancaster, once a teacher, of treating the players as “schoolboys”, said it was clear a shake-up was required.

“I look at England in the last four years — we haven’t won a (Six Nations) championship and we’ve had a poor World Cup,” Carling told BBC Radio on Sunday.

“Stuart Lancaster is a very likeable, admirable guy, but I sense we’ve hit a ceiling. We have some very talented players and, in order to move forward, we need to change the coaching set-up.”

British newspapers said the writing is on the wall for Lancaster and maybe team captain Chris Robshaw — under fire for attempting to get a winning try against Wales when his side could have had a penalty to tie the crucial match.

“We need to be clear this is not a time for a knee-jerk reaction,” he said.

Ritchie, however, there had to be change after such an embarrassing display on home territory.

“Clearly we need to look at how we need to do things better in the future,” he added.

Ritchie was adamant there would be no relaxation of England’s policy of selecting only home-based players for Test duty.

England could have selected breakdown speciialist Steffon Armitage but the back-row was not considered because he plays for European champions Toulon in France.

Australia softened their hardline stance before the World Cup and their final try on Saturday was scored by Matt Giteau, a Toulon team-mate of Armitage.

“I think it’s very clear we all felt that was the right policy and we continue to feel itâ€™s the right policy for rugby in this country,” said Ritchie, whose own job could be under threat like Lancaster’s assistant coaches.

Lancaster said now was not the time for him to quit, with England still having one ‘dead’ fixture against Pool A minnows Uruguay in Manchester on Saturday. That ends their World Cup campaign.

“It’s not the time now to make a decision like that (resignation). My priority is to get the team ready for Uruguay.”

Lancaster said his biggest regret was not beating Wales and that maybe the England team was too young for this World Cup.

“Australia had 750 caps in their starting team and we had 450 and we can go through the whys and wherefores of that, but we would have to go back to 2011 and the fact that we had so many other players over 30 in that squad,” he said.