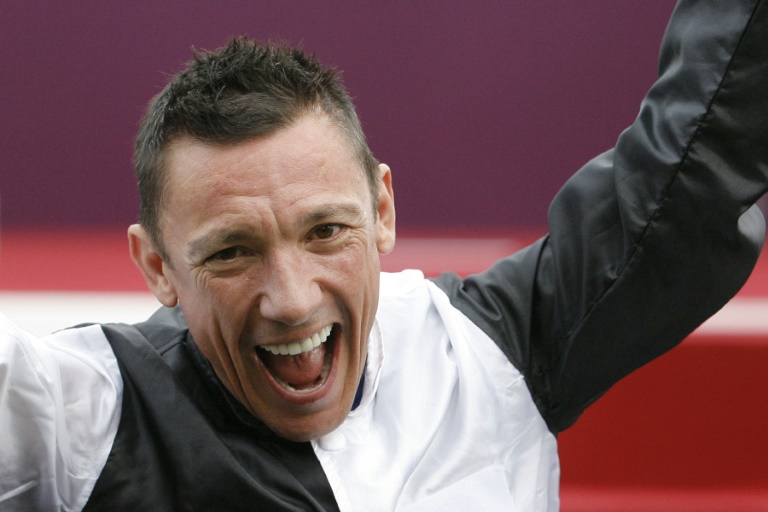 Golden Horn and Frankie Dettori punctured Treveâ€™s historic attempt to post a third straight victory in the Prix de l’Arc de Triomphe at Longchamp on Sunday with an emphatic success in the 5million euros event.

No horse had attempted to win the Arc three times, and Treve remains in a select group of seven horses to have won the 2,400-metre contest twice.

Treve will now be retired to stud and trainer Criquette Head-Maarek may well be disappointed at the defeat, but she had no regrets.

“It is always disappointing when you get beaten as you are always here to win,” she said.

“I thought Dettori rode an incredible race. Forget Treve, she was beaten by a really good horse. There is no disgrace to be beaten by horses such as that and there are no excuses.

“She deserves to go to stud. I look forward to seeing her babies.”

It was a fourth win in Europeâ€™s showpiece horse race for Dettori, who had previously won aboard Lammtarra (1995), Sakhee (2001) and Marienbard (2003), and it was a first for trainer John Gosden.

Golden Horn has now won four Group 1 races this season, and although he required the stewardsâ€™ assistance to secure victory in the Irish Champion Stakes at Leopardstown last month Dettori believed his mount showed his true character in Paris.

“Today you saw the real Golden Horn,â€ he said.

“He is possibly the best horse I have ridden on this performance. He has put great horses to bed behind him like a great champion.”

It was a seventh run this season for the three-year-old son of Cape Cross, but owner Anthony Oppenheimer did not rule out a final roll of the dice in the Breedersâ€™ Cup Turf at Keeneland in America at the end of the month.

“If you have a good horse you have to race it and enjoy it,” he said. “He is certainly not going to race on next year.”

As soon as the gates opened Gregory Benoist pushed up Shahah, owned, like Treve, by Al Shaqab Racing, to set a even pace. Dettori kept his mount straight as they emerged from their wide starting gate in stall 14 and for around 300 metres Golden Horn raced alone away from the main pack who gravitated towards the rail.

Slowly, the Italian angled Golden Horn towards the other runners and eventually took up a position behind Shahah. They were pursued by New Bay, the French Derby winner widen by Vincent Cheminaud, while Maxime Guyon kept tabs on them on the inside aboard Flintshire.

Jarnet positioned Treve, who had uncharacteristically broken slowly, in 10th place, three horses off the rail and as they entered the false straight the five-year-old mare began to show her customary signs that she was ready to pounce.

As soon as Shahah entered the home straight, Benoist looked for the safety of the far rail as his mount tired, and Dettori forced Golden Horn in to a lead which he never relinquished.

“We knew he stayed and we knew he was good,” Dettori said. “The plan was to stay wide, and not get him too keen. When I pressed the button he just flew.

“At the 300m I knew I had won. He showed a turn of foot that blew me away. I thought that no horse in the world could pass me from there.

“From the 200m home I was enjoying myself. He was like a rocket.”