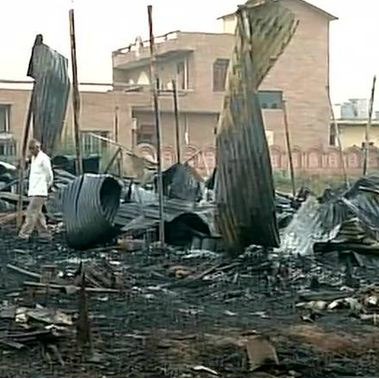 A fire broke out in Sikanderpur furniture market in Gurgaon at midnight on Saturday night, damaging around 50 stores.

According to reports, the fire that broke out due to short circuit, later resulted into explosion of about a dozen cylinders. It took about four hours for the team of fire brigade to be able to control it.

The incident is estimated to have damaged properties worth crore of rupees. No information has been confirmed by the officials so far.