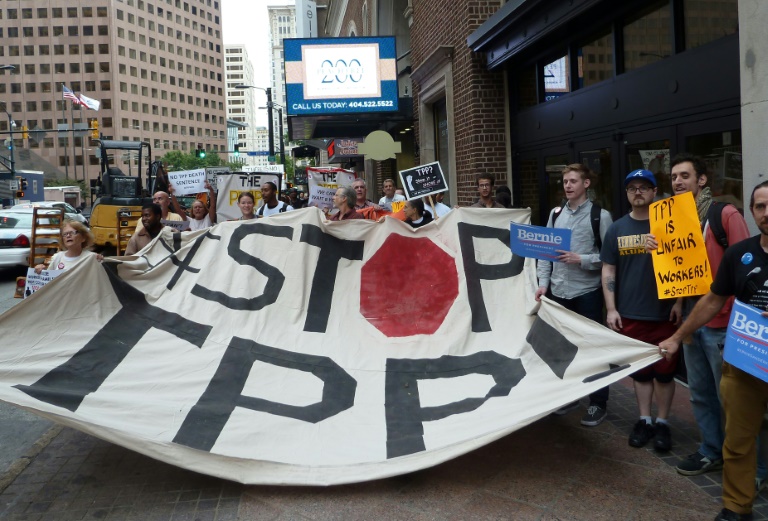 Reports of an agreement Sunday between the United States and Australia over protections for biologic drugs raised hopes of a final deal on a huge Pacific free trade zone.

Japanese and other media reported that US Trade Minister Michael Froman and Australia’s Trade Minister Andrew Robb overcame differences that were the main roadblock to a final agreement.

The authoritative Inside US Trade website said the two had circulated to other ministers a compromise proposal on how many years of protection are to be accorded creators of the cutting-edge class of drugs sourced from living materials.

A US official at the talks confirmed that “there is progress” on the issue, but would give no details.

Biologics are proving valuable sources of treatments for everything from arthritis to cancer.

A ministerial meeting broke up after only about 15 minutes near midnight Saturday with others blaming the two countries for holding up a final deal for the Trans-Pacific Partnership, a free-trade pact that would comprise around 40 percent of the global economy.

Froman met with Robb first thing on Sunday morning, which officials said would be the last day of negotiations after having extended them from the expected close on Thursday.

After failing to reach a final deal on the Pacific Trade Partnership in Hawaii in July, the ministers are under heavy pressure to do so now.

Japan’s Economy Minister Akira Amari has made clear he will not stay another day, as he is due back in Tokyo for a cabinet reshuffle.

The administration of President Barack Obama, the prime driver behind the TPP, wants it to create a foundation for “21st century trade rules,” setting standards on trade, investment, data flows and intellectual property that eventually non-TPP members — particularly China — will have to accept.

Robb was leading the group of countries resisting the US proposal for giving biologic drugmakers eight years of protection from competition from generic-like “biosimilar” drugs.

Much of the world, including Australia, grants the makers five years of market protection from competition, while Japan and Canada give eight years.

Critics say the result of longer protections will be higher drug costs for people and for public health programs like Australia’s.

After the meeting broke up late Saturday, Robb told the Australian Broadcasting Corp. that failure to strike a compromise on patent protections could jeopardize the whole deal.

“But I think we are starting to find a way forward, so I’m always the optimist,” he said.

With the biologics issue resolved, negotiators would still have to find agreement on liberalizing the dairy trade, which has pitted the United States, Canada and New Zealand against each other.

Canada’s industry is strongly protected against imports, and New Zealand, one of the most powerful exporters, is pushing for more markets for its output.

The United States meanwhile is both an importer and exporter.