Home Sports Future is out of my hands, says Samoa coach 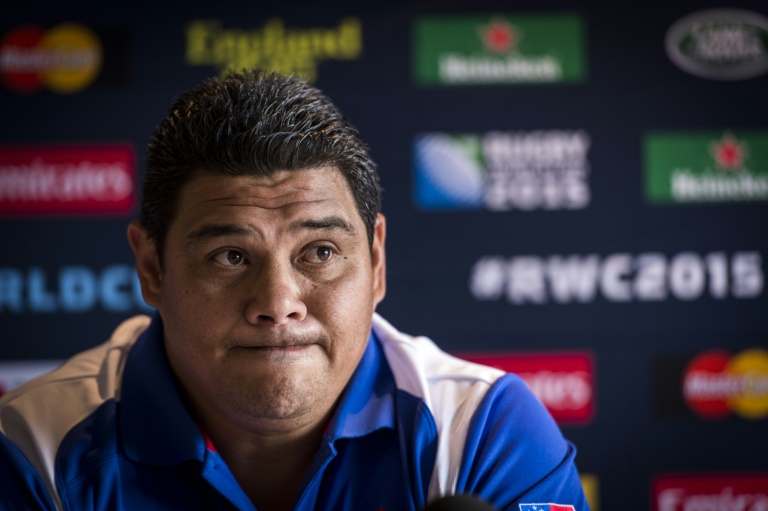 Stephen Betham is hoping Samoa can up their performance and deal a hammerblow to Scotland’s hopes of reaching the World Cup quarter-finals next Saturday and at the same time perhaps save his job.

The Samoan coach saw his side’s hopes of a last eight place disappear on Saturday with an abject ill-disciplined performance against an impressive Japan outfit, who eased to a 26-5 victory to keep themselves firmly in contention for a historic first appearance in the quarter-finals.

Betham’s failure to guide the Pacific island to their first quarter-final since 1995 with a side packed with players playing for top level clubs could prove costly to him.

Their slim hopes of staying in the race to the wire disappeared when South Africa — who thrashed them 46-6 a week after the Japanese had caused the greatest upset in World Cup history by beating the two-time champions Springboks — beat Scotland on Saturday.

The Samoans who have just one match remaining are on four points — courtesy of an opening win over pointless United States — with table-toppers South Africa on 11 and second-placed Scotland with 10.

The stakes are high for the Scots because if Samoa beat them and Japan beat the United States the day after then it is the ‘Brave Blossoms’ who will go through.

“Itâ€™s really out of my hands, thereâ€™s a lot of reflection to be done,” said Betham on Sunday referring to his long-term future as national coach.

“We fell to pieces in this tournament and we want to finish strong. Thatâ€™s my focus now.”

In a litany of coaches apologising for below-par performances Betham became the latest needing to excuse himself.

“Our country is waking up now in pain and Iâ€™m sorry for causing that pain,” said Betham.

“Itâ€™s my responsibility as head coach. We still have one game to go and I really want to make amends.”

Betham emphasised that while the three yellow cards received by his side against Japan — at one point in the first-half they were down to 13 players — would be discussed, ultimately he had to shoulder the responsibility.

“We havenâ€™t had a chance for one-on-ones yet to dissect everything,” said Betham.

“The boys are still in pain over whatâ€™s happened. I think some time today or tomorrow we will look at ourselves and analyse.

“I know the boys are finding it really hard, but like I said the buck stops with me. It was my calls at the end of the day.”

Betham said whether he stayed or not his future was a minor issue compared to bowing out of the tournament with the team’s pride restored and their heads held high.

“We can’t reflect until after the final match from Scotland. We have a country in mourning and we want to give something for them to smile about.”