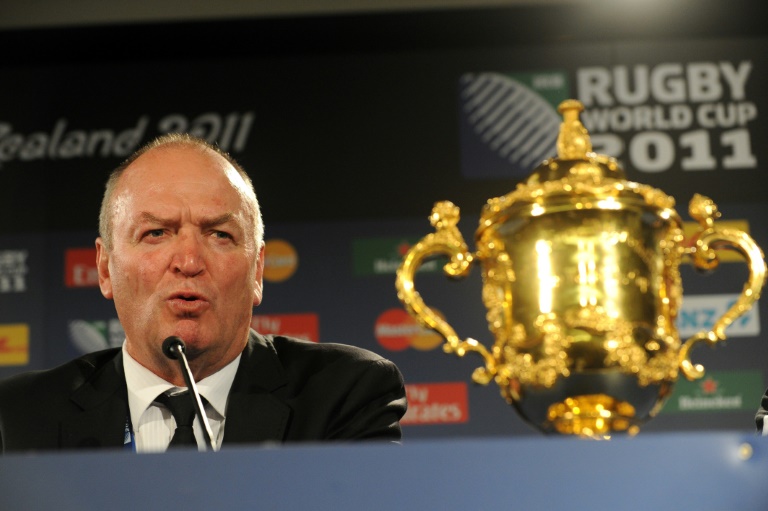 England suffered a humiliating World Cup exit because they tried to mimic the All Blacks without possessing the skills to back it up, former New Zealand coach Graham Henry said Sunday.

Henry, who guided New Zealand to the title on home soil in 2011, said England’s failure to reach the knockout stages after a 33-13 loss to Australia was “a pity in some respects” because it diminished home fans’ interest in the tournament.

But he said there could be no complaints from England, who gave 100 percent but were outclassed.

“They’ve been trying to play the wrong game for a long time,” he told New Zealand’s Radio Sport.

“They’re trying to emulate the way the All Blacks play and I don’t think they’ve got the skill level to do that because they simply don’t come from that sort of environment.

“So they’ve changed their game in recent years and it hasn’t been successful.”

Henry said England had moved so far from their traditional strengths in trying to mimic New Zealand’s free-flowing style that the Wallabies overwhelmed their once-renowned scrum.

“The most embarrassing thing for England was the way the Australians dominated their scrum,” he said.

“They (Australia) got better as the game went on. They changed the front row and blew them off the park in the last few scrums.”

Henry, who led New Zealand’s failed 2007 campaign but was retained to oversee the 2011 success, offered no opinion on whether England coach Stuart Lancaster should be given a similar chance to stay on and redeem himself.

He praised Lancaster’s personal qualities, if not his coaching ability.

“Stuart Lancaster will get a bit of stick in the press but he’s tried hard, no doubt about that,” he said.

“He’s got good standards in his team, he’s got a good culture, but they’re simply not good enough at this level.”

Henry said Australia had shown they were genuine contenders for the title after fixing the scrummaging problems that have been their Achilles’ heel for so long.

“They’ve got some stability up front… they were the best team by a huge margin… the guy who really made a statement was Bernard Foley,” he added, referring to the Wallabies fly-half who scored two tries and kicked 18 points.

“I had wondered whether he was good enough but he certainly showed he is.”