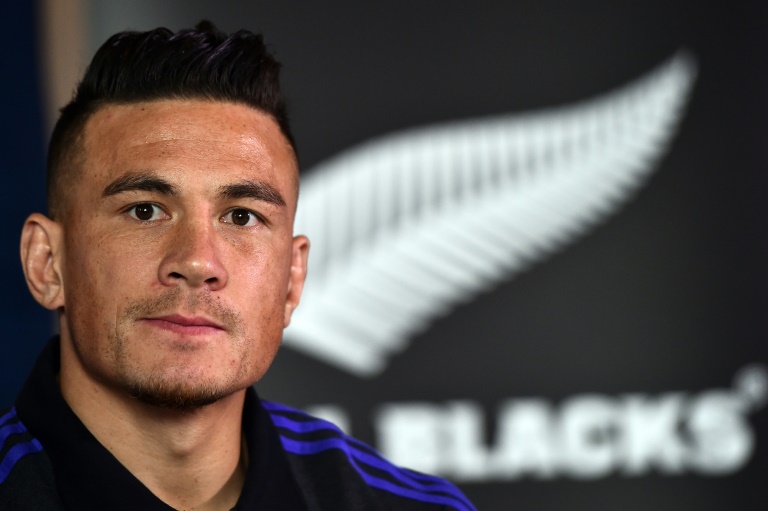 “You’ve definitely got to feel sorry for the England side,” Williams said as the All Blacks transferred from Cardiff to northeast England to prepare for their final Pool C match against Tonga in Newcastle on Friday.

The All Blacks have already qualified for the quarter-finals from Pool C. Hosts England had their play-off dreams shattered in a 33-13 defeat by Australia at Twickenham after earlier losing to Wales in Pool A.

“It’s such a tough pool and anyone of those three teams could have been out and England haven’t played badly,” Williams said.

“It just shows how close the Rugby World Cup is. It’s a real World Cup and any team can beat anyone on their day.”

Hooker Keven Mealamu said England were under the same “home ground pressure” the All Blacks faced in 2011 and it was a challenge dealing with that.

“You can’t put it to the side, you just have to walk towards it, accept it,” he said.

“You have to see it in a positive way, rather than something that’t going to inhibit you and carry it as a burden on your shoulders.”

As a veteran of the All Blacks failed campaigns in 2003 and 2007, Mealamu admitted to empathy with the English players.

“Big time. It’s never easy when you have to exit a World Cup, no matter where you exit it. You understand what you go through as a rugby player, when you have those downs.

“But sometimes when you meet a better team on the day, that’s rugby in the end.”

The All Blacks have rigidly refused to show favouritism for any team in games they have not been involved in.

But scrum-half Aaron Smith said he was very impressed with the Wallaby scrum.

“It was a huge result for Australia. It was obviously pretty sad for England and you could see how much it meant to the players. But Aussie played really well,” he said.

“I really enjoyed watching it and as I said I felt like a fan again. It was huge.

“Australia’s scrum was probably the biggest thing. Seeing what they did to England was massive. They looked really clinical and they’re looking really good.”

The result left England fans distraught with their rugby hopes in tatters.

But loose forward Victor Vito offered them consolation by suggesting they could switch their alliegance and back the All Blacks in their campaign to become the first side to win back-to-back world cups.

“Talking for the boys, us All Blacks we’d love any fans that we can get,” Vito said.