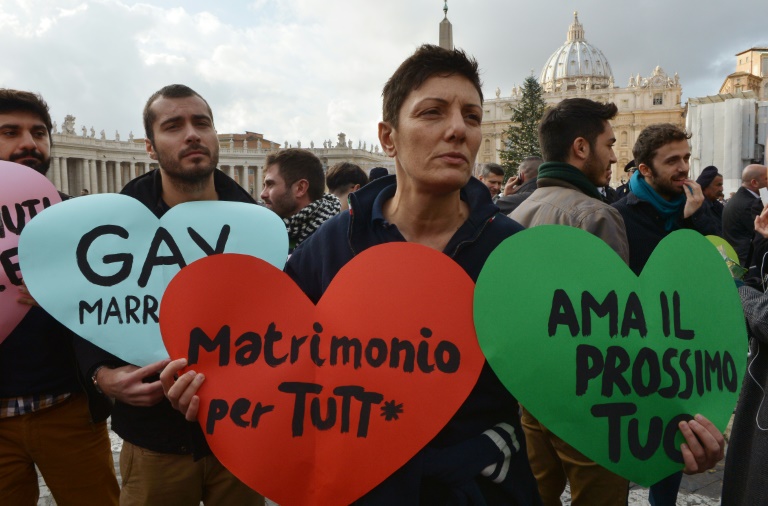 A high-ranking Polish priest from the Vatican revealed he was gay on Saturday, saying he wanted to challenge the Church’s “paranoia” on the eve of a key synod on the family.

In two separate interviews to Italy’s Corriere Sera and to the Polish version of Newsweek, Father Krysztof Olaf Charamsa, who works for a Vatican office for protecting Catholic dogma said he was a practising homosexual with a partner.

The explosive revelations by the 43-year-old priest who works for the Vatican’s Congregation for the Doctrine of the Faith were published a day before a bishop’s synod at which the Church’s approach to homosexuality. among other topics, will come under review.

“I know that I will have to give up my ministry which is my whole life,” he told the Italian daily.

“I know that the Church will see me as someone who did not know how to fulfil his duty (to remain chaste), who is lost and who is not even with a woman but with a man!”

Charamsa said his decision to come out was motivated by concern for the Church’s attitude to homosexuals, which he described as “backwards”.

“It is time that the Church opened its eyes to gay believers and understood that the solution is it proposing — total abstinence and a life without love — is not humane,” he said.

“I am not doing it in order to be able live with my partner, I am doing it for me, for my community and for the church. It is a much deeper decision borne out of my reflection on what is advocated by the Church,” he said.

The Church’s attitude to homosexuality was “backwards when compared to the level of awareness that humankind has reached,” he told the paper.

“The clergy is largely homosexual and unfortunately, it is also homophobic to the point of paranoia but paralysed by the lack of acceptance for its own sexual orientation,” he told the Polish version of Newsweek.

“Wake up, Church, stop persecuting the innocents,” he said, insisting his aim was to help the Catholic church.

“My coming out is a plea to the Synod that the Church stop its paranoid actions with regards to sexual minorities,” he said.

Charamsa said he had always had homosexual feelings but had initially tried to reject it and accept what the Church had “imposed” on him — that “homosexuality doesn’t exist”.

Then he forced himself to study and pray and reflect, but finally made peace with himself on meeting his partner who helped him “transform his fears into the power of love.”

After that, he felt he had become “a better priest, who could give better sermons and better help others,” he told the Italian paper.