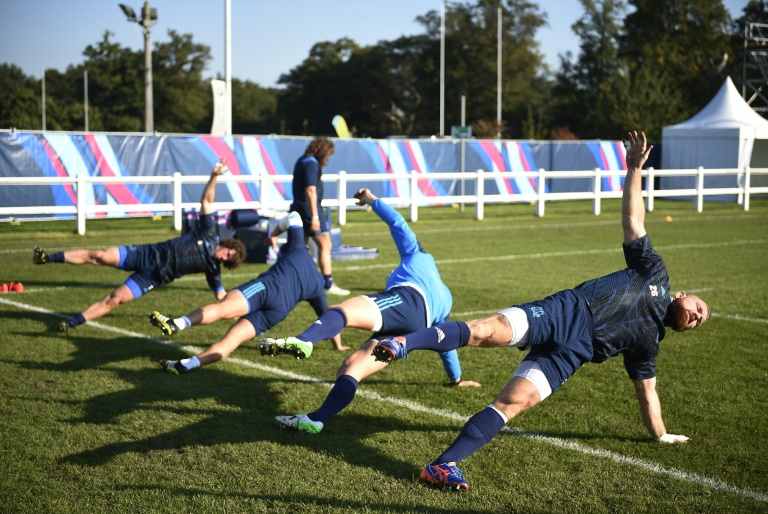 The return of the inspirational Sergio Parisse to Italy’s World Cup team adds spice to their match Sunday against Ireland who are looking for a third straight win ahead of their pool decider with France.

The 32-year-old captain has handed the Italians a timely boost for a game where a defeat would definitively smash their hopes of reaching the last eight.

Parisse missed their defeat by France and an unimpressive win over Canada as he recovered from an operation to drain a haematoma in a calf.

For the Irish — one of the two teams on maximum possible points after making short work of Canada and Romania — Parisse is the one player capable of lifting Italy to an upset.

“I have coached teams against him in the Top 14 and come out second a number of times.

“I’ve a lot of respect for him and only he will know how fit Sergio is.

“We all know the value he brings to a team, but we have prepared as if he will be there.”

Brunel may have gambled by pitching No 8 Parisse into the fray but he will be reunited with another backrow forward Simone Favaro, who also has had fitness problems, with whom he has an impressive record.

Italy have won three of the last four tests when Parisse and Favaro started together, a sequence that began with Italy’s first Six Nations win over Ireland, 22-15, in Rome in 2013.

That defeat — before Schmidt took over — haunts the Irish squad.

“I definitely havenâ€™t forgotten it as it was a massive learning curve for me,” said lock Iain Henderson, who will partner captain Paul O’Connell in the engine room of the scrum.

“Maybe Italy teams before that might have rolled over after a good performance in the first half.

“But as weâ€™ve seen here, with upsets and teams playing so well, a lot of the World Cup games teams arenâ€™t rolling over as easily.”

Despite enforced changes in the backs, the Irish have plenty of firepower in Earls, who with seven tries needs just one more to become their all-time top World Cup try scorer, and veteran wing Tommy Bowe. Bowe and Earls each scored two tries in the win against Romania last Sunday and gets a chance because of Zebo being switched to fullback.

Brunel is not sure how long Parisse will last, which will be a relief to Ireland.

“He is the captain, he is a great player and so that makes him important for us,” said Brunel, who steps down after the tournament.

“It is important for him to be able to play a World Cup and he fought hard to be back.

Brunel said his players needed to improve in the lineout if they were to have a chance of upsetting Ireland.

“It is crucial that we win our own ball to be able to play our best,” said Brunel.

Brunel, though, retains belief his troops can raise their game.

“I am convinced that we can win, but up until now we havenâ€™t been able to play the rugby that we were expecting.”