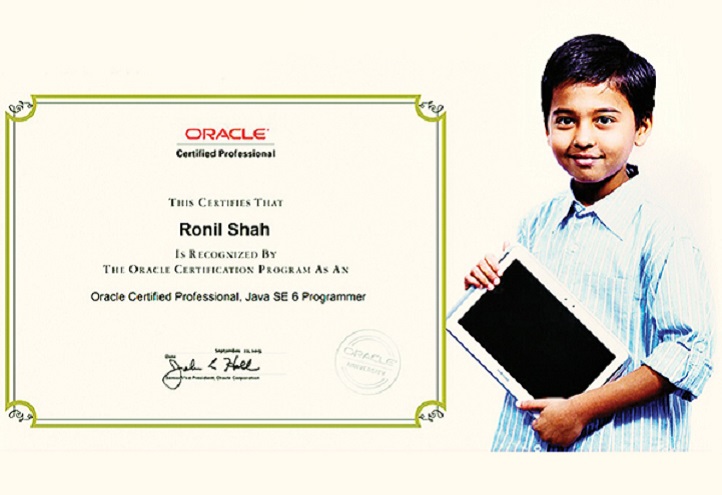 We often hear of child protégés and here is another one! Ronil Shah, a bright young kid from Ahmedabad, has proved himself to be a child prodigy by competing in an exam which is generally taken by engineering graduates or professionals preparing to be software developers.

And you would surely be surprised if we tell you that he is neither an IIT student nor a top-notch software professional. He is a 10 year old standard five student of Euro School in Hyderabad.

The exam, held on September 22, was the Java Standard Edition 6 Programmer Certified Professional examination, which is conducted by US based Oracle University. And in his very first attempt, Ronil not only completed the 2 hour 56 minute exam in just 18 minutes but also cleared the test with flying colours securing 100%.

The wonder kid, who is aptly called a ‘JAVA champion’, started learning computers when he was just four. After getting his basics right in computers in class one itself, he developed a love for animation, coral draw, C, C++ in computers. He then started learning JAVA in his local computer institute and managed to learn the advanced techniques as well.

This ambitious kid now has the certification from Oracle University which recognizes him as a software developer and he wants to pursue robotics as his career.