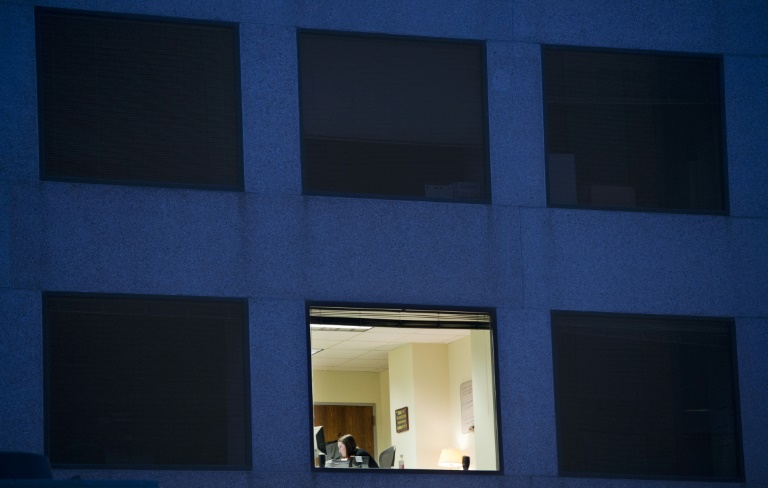 The downbeat labor picture came as the Federal Reserve considers its first interest rate hike since 2006.

A bleak September jobs report raised concerns about the US economy’s resilience to the global slowdown and questions about the Federal Reserve’s plan to lift interest rates this year.

US job growth faltered in September and the labor market weakened across the board, the Labor Department said.

The US economy added a disappointing 142,000 jobs in September, well below analyst estimates of 205,000.

The already tepid August jobs level of 173,000 was revised sharply lower to 136,000, surprising analysts who had anticipated a large upward revision typical for that month.

The July number also was lowered, bringing the average for the past three months to 167,000 jobs, lagging behind the 200,000-plus growth trend seen earlier in the year and in 2014.

Just a month ago, the average had been 221,000, showing resilience to the turmoil triggered by China’s shock currency devaluation in mid-August.

The downbeat labor picture came as the Federal Reserve considers its first interest rate hike since 2006.

It suggested the economy was being hurt by the China-driven slowdown, which is dampening exports and manufacturing and roiling markets.

The White House acknowledged the blow, noting “the economy added jobs in September at a pace below that seen earlier in the year, as slowing growth abroad and global financial turmoil have weighed on economic activity.”

The report also appeared to vindicate the September decision by the Federal Open Market Committee, the central bank’s policy arm, to leave the benchmark federal funds rate near zero, where it has been pegged since 2008 to support the recovery from the Great Recession.

“In retrospect, the decision by the Fed to hold fire seems like a good one. There has been a downshift in jobs growth and wage inflation remains very low. The earlier rationale for raising rates has now lost some validity,” Behravesh said.

The Fed has planned the liftoff for this year, and Fed chief Janet Yellen said as recently as last week that the timetable remained on track, but more improvement was needed in labor market conditions.

The FOMC has two meetings left this year, in late October and mid-December, and there will be two more jobs report before year’s end.

Harm Bandholz, chief US economist at Unicredit, said the “employment report has most likely removed even the last small chance for a rate hike as early as this month.”

“One thing that seems certain in the wake of this report is that the Federal Open Market Committee won’t be raising the target range for the federal funds rate at the October meeting — not unless it wants to kill any and all credibility it has remaining,” O’Hare said.

The jobs numbers were overwhelmingly bad, revealing weaknesses that the Fed views as signals of slack in the labor market.

The unemployment rate, measuring those without work but actively seeking jobs, held unchanged as expected at 5.1 percent, the lowest level since 2008.

The labor force participation rate, already extremely low, weakened further to 62.4 percent from the 62.6 percent of the prior three months.

“Adding to the negative tone of today’s report is the fact that the 0.2 percentage point drop in the participation rate to a 38-year low did not spur a further decline in the unemployment rate,” Unicredit’s Bandholz said.

The number of unemployed people also was little changed at 7.9 million.

Average hourly earnings fell by one cent to $25.09, following a gain of nine cents in August. The year-over-year change in earnings was a modest 2.2 percent. The average workweek dropped by an hour.

The stock markets, which had expected much stronger job growth, initially tumbled after the report but pared losses to turn positive around midday, ending in a strong rally, pushing the broad-market S&P 500 index up 1.4 percent.

Tom Cahill, portfolio strategist at Ventura Wealth Management, said the jobs report made the outlook for the Fed rate hike “even more cloudy.”

“A lot of economists were looking at the September meeting to be the first interest-rate increase and then it was pushed out to December and now it’s being pushed out to March,” Cahill said.