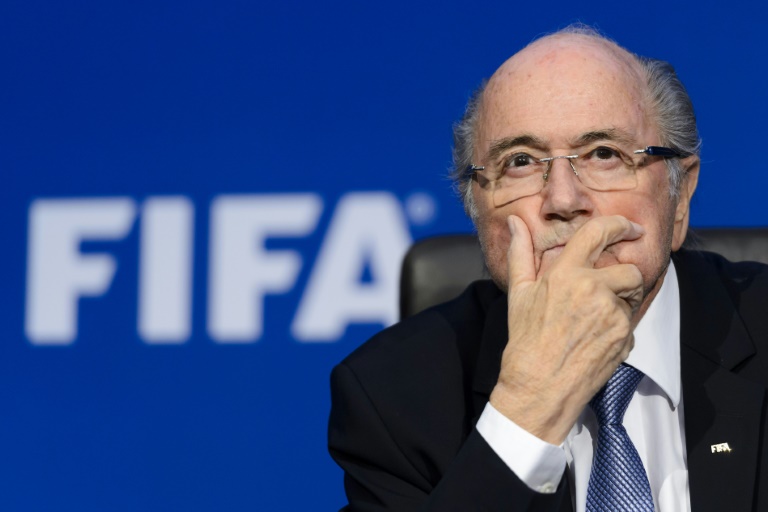 In a statement issued by his US lawyer in reaction to the sponsor demands, Blatter defiantly vowed to remain in office.

Top FIFA sponsors joined forces to demand Sepp Blatter’s immediate resignation on Friday, dealing a fresh blow to the scandal-tainted world football chief even as he vowed to cling to power.

In separate statements issued one week after criminal proceedings were launched against Blatter in Switzerland, Coca-Cola, McDonald’s, Visa and Budweiser all called on the 79-year-old to step down.

It marked the first time that FIFA’s powerful financial backers — who together have pumped hundreds of millions of dollars into the organization through deals spanning decades — had called explicitly for Blatter to resign.

In a statement issued by his US lawyer in reaction to the sponsor demands, Blatter defiantly vowed to remain in office.

But the US-based sponsors said Blatter’s position was now untenable in the wake of the corruption scandal that has plunged world football into its worst-ever crisis.

“For the benefit of the game, The Coca-Cola Company is calling for FIFA President Joseph Blatter to step down immediately so that a credible and sustainable reform process can begin in earnest,” the soft-drinks giant said.

“Every day that passes, the image and reputation of FIFA continues to tarnish. FIFA needs comprehensive and urgent reform, and that can only be accomplished through a truly independent approach.”

McDonald’s said the recent wave of headlines meant Blatter, who had vowed to remain in the post until the election of his successor early next year, could not continue.

“The events of recent weeks have continued to diminish the reputation of FIFA and public confidence in its leadership,” the US fast-food leader said.

“We believe it would be in the best interest of the game for FIFA President Sepp Blatter to step down immediately so that the reform process can proceed with the credibility that is needed.”

Visa meanwhile cast doubt on Blatter’s ability to clean up the swamp of sleaze in which FIFA is mired.

“We believe no meaningful reform can be made under FIFA’s existing leadership. And given the events of last week, it’s clear it would be in the best interests of FIFA and the sport for Sepp Blatter to step down immediately,” Visa said.

Anheuser-Busch InBev, whose Budweiser beer has been a FIFA sponsor since the 1980s, also joined the calls, saying Blatter’s continued presence was “an obstacle in the reform process.”

Blatter “believes firmly that his leaving office now would not be in the best interest of FIFA nor would it advance the process of reform and therefore, he will not resign,” it said.

A FIFA spokeswoman declined to comment on the sponsor’s demands, which create a fresh headache for Blatter as he attempts to remain in office.

English Football Association chairman Greg Dyke, a long-time critic of Blatter, said the sponsor calls marked the end of the road for the FIFA chief.

“I think this is a game changer. It doesn’t matter what Mr Blatter says now — if the people who pay for FIFA want a change they will get a change,” Dyke said in London.

“For those of us who want fundamental change, this is good news.”

Swiss prosecutors say Blatter is the target of a probe into “criminal mismanagement” at FIFA, focusing on a 2005 television rights sale to the Caribbean Football Union and a payment of two million Swiss francs ($2 million) made in 2011 to European football chief Michel Platini, the frontrunner to succeed him.

Both Blatter and Platini have strongly denied any wrongdoing.

News that criminal proceedings had been opened against Blatter last week sent fresh shocks through the football world, deepening the crisis that erupted in May, when the US Justice Department indicted 14 people over bribery in football deals worth more than $150 million dating back to 1991.

Aside from an open criminal file against its president, nine FIFA officials have been charged in the United States.