Home IJourno Will keep on raising my voice against wrongs in AAP: Mayank Gandhi 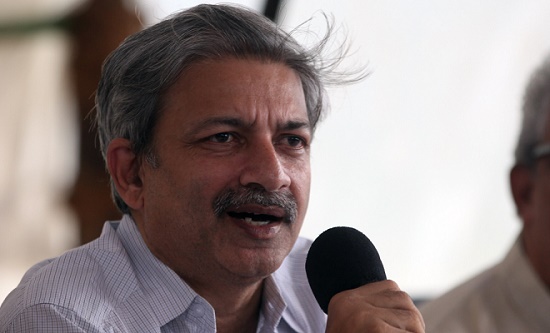 In yet another controversial move, the Aam Aadmi Party (AAP) on Thursday disbanded its Maharashtra unit, and all associated committees, inviting strong reactions from its National Executive member Mayank Gandhi.

Gandhi had recently spoken out against certain developments in the party, and according to reports, this raised many hackles in the central leadership. A vertical rift in the Maharashtra unit of the party was caused and this ultimately led to the decision.

NewsMobile caught up with Mayank Gandhi, the man caught in the middle of the storm, for a short chat on the state of affairs that led to the disbanding of the state unit.

Here are the excerpts:

What led to the disbanding AAP Maharashtra unit?

Over the last one year, the Maharashtra unit of the party has been working well. It can easily be called the best unit of the party. There were some issues going on. Some people from the unit had gone to Delhi to meet the central leadership.

However, in a very immature, high-handed manner, the Maharashtra unit of the party was disbanded, without talking to the volunteers, and taking their views into considerations. Such kinds of things happen in other political parties, but it happened to our party as well. This is the kind of High Command culture that the party wanted to fight against.

What is the nature of your present association with the party? Was there any communication from the party?

I am a part of the National Executive in the party. There has not been any communication from the party yet.

Do you plan to join Yogendra Yadava, Prashant Bhushan in their political initiative?

What caused this deviation of stated ideals of the party?

Somewhere there is a lack of understanding or maturity in the party. There is a lack of discrimination in terms of what is right or wrong with the party. There is a procedure for everything. If they felt that there are issues in the Maharashtra unit, then they should have sent representatives to talk to people here. They should have taken the local leaders into confidence, reviewed some of the decisions taken by the unit. But, in one single stroke, they removed all the committees of the party.

What are your plans going into the future?

I will meet the volunteers tomorrow and take a call on the way forward. This is no rebellion; this is only our defence against the party’s decision.

(The author is a NewsMobile mobile journalist and is a blogger)