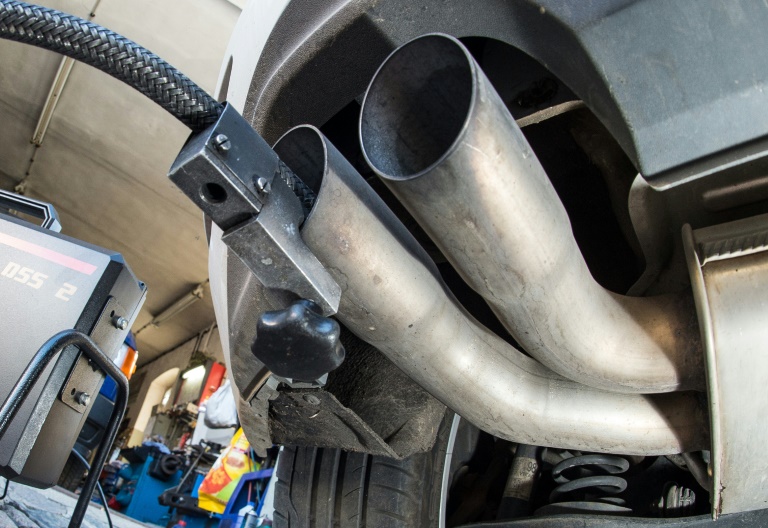 Embattled auto giant Volkswagen said Thursday an investigation it has commissioned into its massive pollution cheating scandal would take several months, as Australia became the latest country to warn the company it could face huge fines.

VW, which sparked global uproar when it admitted to fitting sophisticated software in its diesel engines to skew emission testing, has hired US legal firm Jones Day to conduct an independent probe into the affair that has rocked the entire automobile sector.

The steering committee of VW’s supervisory board was “of the opinion that the investigations will take several months,” it said in a statement.

Given the time and personnel resources needed for the investigation, an extraordinary general meeting that was originally going to be held on November 9 is being postponed.

In addition to VW’s own investigations, regulatory and legal probes are under way all over the world to pinpoint the masterminds behind the scam, which has plunged the auto group into its deepest-ever crisis and left it facing huge fines and a possible tidal wave of litigation.

The EU is seeking to decide on “coordinated action” by the end of November based on the various investigations in its member states, Industry Commissioner Elzbieta Bienkowska told journalists on Thursday.

In the United States alone, VW could face up to $18 billion in fines.

And Australia’s competition watchdog said the German carmaker could be fined Aus$1.1 million (US$780,000) for each cheating device, potentially amounting to billions in costs — although a fine of such size would be unlikely.

Sweden’s finance minister Magdalena Andersson said she may send a tax bill to VW for undeclared pollution of its diesel vehicles, as cars sold in the Nordic country have a tax assessed depending on the amount of pollution they emit. Romania also warned VW of paying more taxes.

Volkswagen has admitted that up to 11 million diesel cars worldwide are fitted with devices that can switch on pollution controls when they detect the car is undergoing testing.

They then switch off the controls when the car is on the road, allowing it to spew out harmful levels of emissions.

France kicked off random testing of around a hundred diesel cars on Thursday, with officials stopping a Peugeot 208 on the highway south of Paris under the eye of Environment Minister Segolene Royal and a gaggle of journalists.

The German government has given VW until October 7 to explain how it will resolve the scandal.

The automaker has drawn up a plan of action to recall millions of cars affected, saying owners would be notified “in the next weeks and months” and “all the brands concerned are going to create Internet pages where clients will be able to follow developments”.

On Thursday Volkswagen’s unit in Italy announced that 650,000 vehicles in that country were affected by the scam.

And more heads could roll after new CEO Matthias Mueller vowed to be “ruthless” in investigating the affair.

Some observers had also expected VW’s finance chief Hans-Dieter Poetsch, tipped to take over as supervisory board chief, to have to take his hat too, given his close relationship with Winterkorn.

But VW said Poetsch’s move to the supervisory board would go ahead as planned, and he would be replaced by 56-year-old Frank Witter.

German prosecutors have taken back a statement that a formal inquiry had been opened against Winterkorn.

An official press statement to that effect on Monday had been “formulated incorrectly,” a spokesman told AFP on Thursday.

No specific individuals were targeted so far, the prosecutors said, apologising for any “confusion”.

Winterkorn, 68, resigned last week, taking responsibility for the scandal as CEO but insisting he personally knew nothing about the deception.

Nevertheless, VW is stepping up its efforts to find the culprits.

Supervisory board member Olaf Lies said “those people who allowed this to happen, or who made the decision to install this software — they acted criminally. They must take personal responsibility.”

According to the monthly Manager Magazin, a dozen managers suspected of helping to develop and install the software, or who were aware of the fraud have been suspended.

German Finance Minister Wolfgang Schaeuble blamed the scam on the same greed that had led to the financial crisis.

Germany’s Federal Transport Authority KBA has threatened to withdraw domestic road approval for VW models if the carmaker does not come up with a recall plan by next week.

Lawsuits, including class-action litigation, are also being filed in the United States and South Korean VW vehicle owners are also suing the company.

VW has already said it will set aside 6.5 billion euros in provisions in the third quarter, but analysts suggest one to three billion euros more could be needed.