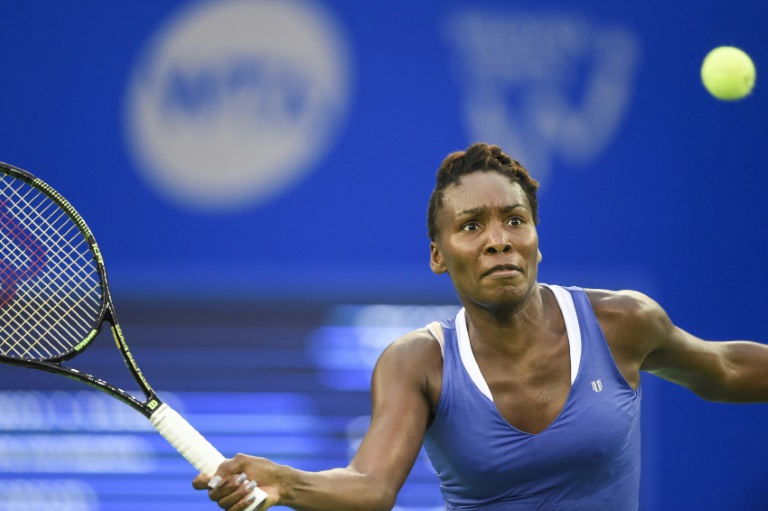 The seven-time Grand Slam-winner was a match point down to the Italian at one stage, but eventually saw her off in a final set tie break.

“I mean (there were) a lot of ups and downs. I hope that on a day when I’m playing how I’d like it’s a more straightforward match. She’s definitely tricky. She finds a way to hang in there,” said Williams.

Williams looked comfortable going into the third set, securing a 4-1 lead over Vinci.

“I’m of course really sad because I lost. But if I think all the tournament (it) is okay. I played incredible, won four matches here, (a) semi final, 7-6 in the third against Venus,” said a stoic Vinci.

It was Vinci’s second consecutive semi-final meet against a member of the Williams family, after downing world number one Serena in the US Open, an upset that denied her a calendar-year Grand Slam and a record-equalling 22nd major title.

“If I could I would give this win to Serena at the US Open, but it doesn’t work like that in tennis,” Williams said on court after the match.

Williams — who with 46 career titles has more wins to her name than the other semi-finalists combined — will face Wimbledon finalist Garbine Muguruza on Saturday.

Muguruza downed Germany’s Angelique Kerber in two sets 6-4, 7-6 (7/5), despite falling during the second set tie break and injuring her ankle.

“I knew (it) was going to be a very physical match. You know, (I’m) happy to be able to win in two sets because I never win against her in two sets,” said Muguruza.

The 21-year-old Spaniard and world number eight entered the semi-finals as the highest ranked player, after retirements and shock defeats cleared out the top seeds.

Muguruza will rise to a career-high of number five having made the semi-finals, and would reach number four if she takes the title Saturday.

Williams will re-enter the top 20 after her semi-final performance, and still has an outside chance of qualifying for the season finale in Singapore if she wins at Wuhan and has a strong performance in next week’s China Open.