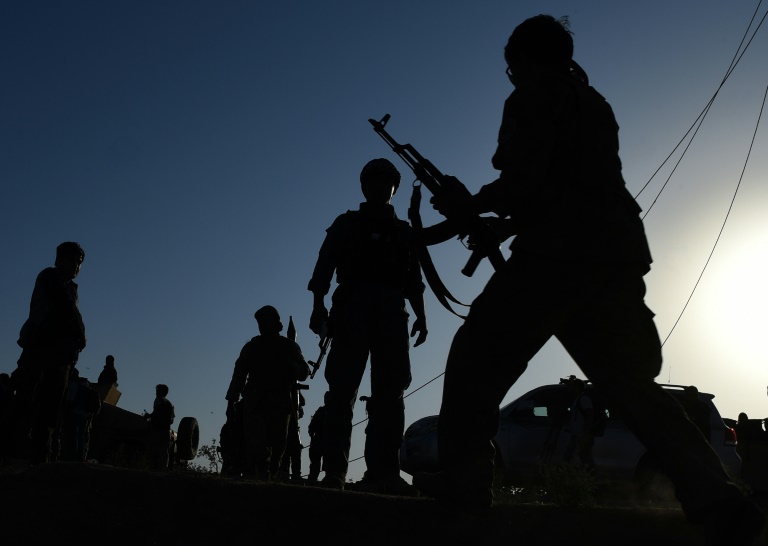 A US military transport plane crashed in eastern Afghanistan Friday, killing 11 people including six NATO soldiers in a fresh setback after the emboldened Taliban briefly seized the city of Kunduz.

The Taliban’s offensive in Kunduz, their biggest tactical success since 2001, marks a blow for Afghanistan’s NATO-trained forces, who have largely been fighting on their own since December.

NATO said it was still investigating the cause of Friday’s crash of a C-130 military transport plane near Jalalabad in the east of the country.

The contractors had been working for “Resolute Support”, the NATO-led training mission.

Taliban spokesman Zabihullah Mujahid claimed on Twitter that the insurgents had shot the plane down.

However US Major Tony Wickman told AFP: “With a high degree of confidence I can say that an enemy attack did not contribute to the crash. It is under investigation.”

The Taliban regularly claim to have shot down military aircraft.

The crash came as Amnesty International condemned the insurgents’ “reign of terror” in Kunduz, which fell to the militants five days ago in a lightning strike.

A limited picture has emerged of conditions in the city following claim and counter-claim by the Afghan government and the Taliban over who was in control.

However, residents told AFP fierce gun battles and explosions were still echoing in parts of Kunduz late Thursday, and the streets were littered with Taliban bodies and charred and mangled vehicles.

Journalists including an AFP photographer were invited to travel with Afghan troops into the centre of Kunduz on Thursday, but after a long wait at a base near the city they were told they had to return to Kabul.

The report, which cited rights activists, claimed militants had a “hit list” and were using young boys to help conduct house-to-house searches to track down their targets, especially women.

Soldiers came under sporadic attacks from insurgents wearing Afghan security uniforms, many of whom took up positions inside residential homes.

Precise losses in the fighting are not known, but around 60 people have been killed and 400 injured in the fighting in the province, health ministry official Wahidullah Mayar said on Twitter.

On Thursday, medical charity Doctors Without Borders (MSF) said the wounded included 64 children, adding that its trauma centre in Kunduz has been operating “beyond capacity”.

Jalalabad is situated on a key route from the Pakistani border region — where many militants are based — to Kabul, and it has been the scene of repeated attacks in recent years.

Its airport is home to a major military base, and has come under attack on several previous occasions.

In December 2012, Taliban suicide bombers killed at least five people in an hours-long battle at the airport, the third attack on it that year.

The C-130 Hercules is a cargo plane used extensively by the military to ship troops and heavy gear. It can take off and land on rough, dirt strips and is widely used by the US military in hostile areas.

The fall of Kunduz showcased the stubborn insurgency’s potential to expand beyond its rural strongholds in the south of the country.

Concerns are now mounting that the Taliban’s success in Kunduz, even if temporary, was merely the opening gambit in a new, bolder strategy.

It is also seen as a game-changer for the fractious militant movement that has been dogged by a leadership crisis since the announcement in July of founder Mullah Omar’s death.

Analysts saw it as a boost for new Taliban chief Mullah Mansour, whose recent appointment has been stymied by in-fighting and whose organisation has recently been challenged by factions loyal to the Islamic State group.

The renewed energy of the Taliban offensive has also undermined support for President Ashraf Ghani, who has just marked a year in office, and raised questions about Washington’s plan to withdraw most US troops from Afghanistan next year.