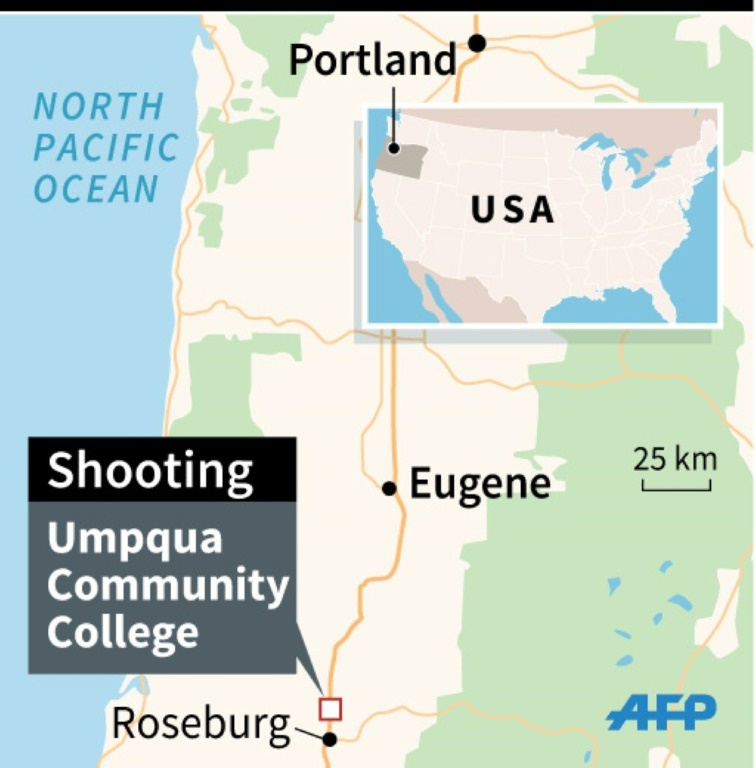 A 20-year-old who gunned down several people at a community college in the US state of Oregon Thursday has been confirmed dead after a shoot-out with police, officials said.

“Upon arriving there they located the shooter in one of the buildings. Officers engaged that suspect. There was an exchange of gunfire.

“The shooter threat was neutralized,” Hanlin said, later confirming: “The shooter is deceased.”

Governor Kate Brown said the gunman was a 20-year-old male. It was not yet known if he was a student at the college, according to Hanlin.

No official toll was released for the shooting.

“I’ve heard varying numbers and I don’t want to report on a number that is inaccurate.”

Local media have quoted Oregon State Police Lieutenant Bill Fugate as saying between seven and 10 people were killed and at least 20 injured.

Another media briefing has been scheduled for 2200 GMT.