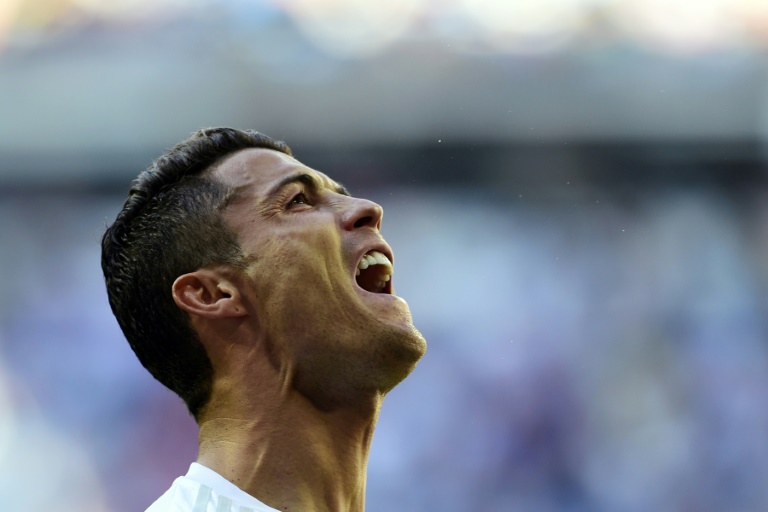 Real Madrid make the short trip across the Spanish capital to face rivals Atletico on Sunday seeking revenge for their 4-0 humiliation at the Vicente Calderon in the league last season.

Their biggest defeat in a Madrid derby in 27 years precipitated a Real collapse as they surrendered a commanding lead in the La Liga title race that allowed eternal rivals Barcelona to claim a historic treble of league, Copa del Rey and Champions League.

“We know that the game on Sunday is always the game of the year for Atletico and we will have to play well,” the former Liverpool man warned after Real saw off Malmo 2-0 in the Champions League in midweek.

Cristiano Ronaldo took his career tally to 501 goals with a double in Sweden and moved level with Raul as Real Madrid’s all-time leading goalscorer in the process with 323.

And the Portuguese would love the vindication of breaking the record at the Calderon after the criticism he received for hosting his 30th birthday party just hours after the 4-0 defeat back in February.

Atletico’s early-season optimism has been diminished by back-to-back defeats against Villarreal and Benfica in the past week.

Diego Simeone’s men were beaten at home in the Champions League for the first time since 2009 by the Portuguese champions on Wednesday.

“In these moments it is normal that the team isn’t happy due to the defeat,” said Simeone.

“We will return to training and focus on what is clearly an important game for everyone. I don’t think there will be much motivation needed to play on Sunday.”

Atletico also have reason to seek revenge as they were eliminated from the Champions League for the second consecutive season by Madrid in their last meeting back in April.

However, that defeat ended a seven-game unbeaten run against Real.

“Sunday will be a special game for everyone. Lately we have played very well against them, above all here at home and we hope it continues like this,” added Atletico captain Gabi.

Real boss Rafael Benitez may be able to recall the injured trio of Gareth Bale, James Rodriguez and Sergio Ramos, who have all missed the past four games.

Barcelona could move four points clear of Real on Saturday when the injury-ravaged European champions travel to Sevilla.

The blow of losing Lionel Messi for two months was intensified as Andres Iniesta hobbled off during Barca’s 2-1 win over Bayer Leverkusen in midweek and is also set for a month on the sidelines.

“It is not just 11 or 12 players that win competitions, there are reserves behind and now some of those that wouldn’t have had so many minutes will get their chance,” said Argentine defender Javier Mascherano.

“Those of us that are fit need to keep going and know that whilst we win games there is less time left until those important players return.”

Elsewhere, Celta Vigo have the opportunity to move top for 24 hours on Friday when they host Getafe.

Leaders Villarreal are favourites to stretch their winning streak to six league games when they visit Levante on Sunday.

Former Manchester United boss David Moyes’s position as Real Sociedad boss will come under more scrutiny should the Basques fail to secure just their second win of the campaign at a Malaga side that has yet to score a goal this season.

And Valencia will be aiming to continue their upturn in form with a third consecutive win when they visit Athletic Bilbao.