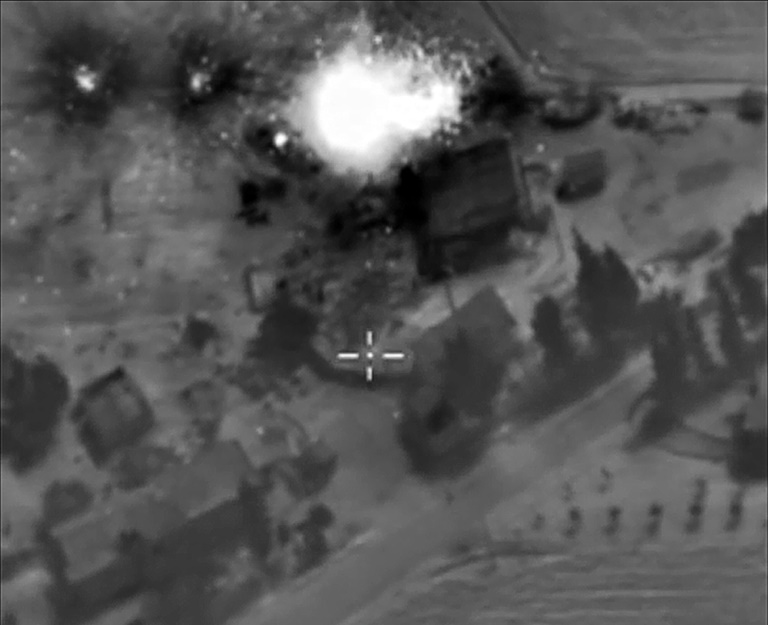 Russia said Friday it had bombed the Islamic State stronghold of Raqa for the first time as President Vladimir Putin faced mounting criticism from Western and Gulf leaders over his military campaign in support of Syrian President Bashar al-Assad.

Moscow countered that it had hit “an IS training camp” and a command post in air strikes on Thursday near the jihadist bastion as the US-led coalition urged Russia to stop attacking Syrian opposition forces, saying it risked escalating the four-year civil war.

“These military actions constitute a further escalation and will only fuel more extremism and radicalisation,” seven countries including Turkey, Saudi Arabia and the United States said in a statement.

“We call on the Russian Federation to immediately cease its attacks on the Syrian opposition and civilians,” it added.

But Turkey and several of its Western allies have claimed that they instead hit moderate groups fighting Assad’s regime.

Russia’s defence ministry said its latest air strikes had put an “IS command point out of action. The infrastructure used to train terrorists was completely destroyed,” the ministry said.

The Syrian Observatory for Human Rights, a monitoring group, said at least 12 IS jihadists from the Islamic State group were killed in the Raqa attack.

Putin held talks in Paris on Friday with the leaders of France and Germany, the first time he has met Western leaders since Russia began its dramatic intervention in the Syrian conflict.

Western nations including France say they are prepared to discuss a political solution with elements of the Syrian regime, but insist Assad must leave power.

Putin, on the other hand, says Assad — Russia’s long term ally — should stay.

As many as 250,000 people have been killed in the multi-sided conflict, with four million more forced to flee the country.

A French diplomatic source said Putin and French President Francois Hollande had “tried to find common ground on their opinions on the political transition”.

Ahead of the talks, a Putin ally and senior lawmaker said the campaign of Russian air strikes will last for three to four months and will increase in intensity.

Pushkov said more than 2,500 air strikes by the US-led coalition in Syria had failed to inflict significant damage on IS, but Russia’s campaign would be more intensive.

“I think it’s the intensity that is important. The US-led coalition has pretended to bomb Daesh (an Arabic acronym for Islamic State) for a year, without results.

“The main target are the Daesh groups situated closest to Damascus,” Pushkov insisted.

Russia’s defence ministry said its second day of bombing had hit five IS targets, including a command post in northwest Idlib province.

Lavrov insisted Moscow was targeting the same terror groups as the US-led coalition, including IS and Al-Qaeda’s Syrian affiliate the Al-Nusra Front.

With the danger growing that Russian and US planes could collide or even engage militarily in the skies above Syria, the Pentagon and Russian officials held what the Americans said were “cordial and professional” discussions on Thursday in a bid to avoid mishaps.

The US-led coalition has been targeting IS for about a year and is carrying out near-daily air strikes in Syria.

IS has taken advantage of the chaos to seize territory across Syria and Iraq, which it rules under its own brutal interpretation of Islamic law, and has recruited thousands of foreign jihadists to its cause.