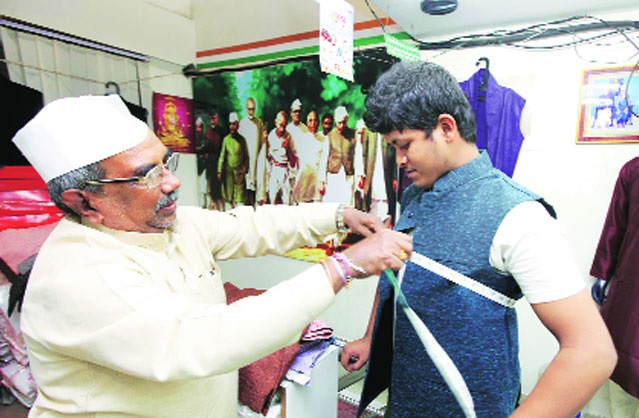 Khadi is back in vogue thanks to Prime Minister Narendra Modi as barely 10 days since Modi urged people to buy Khadi in his ‘Mann Ki Baat’ address on radio, Khadi Gramodyog Bhavan in Delhi has witnessed a massive jump in sales.

“There has been an 88% increase since the PM spoke about buying Khadi on Sep 20,” says Naresh Pal, deputy chief executive officer and manager at the store.

The store has witnessed a change in its customer base in the past few months. Around 60% to 70% of the customers are now youngsters.

In order to cater to this younger clientele, the emporium has repackaged Khadi with newer and modern patterns besides a contemporary style.

The PM’s call did strike a chord. “Our sales are booming owing to a younger crowd that wants to experiment, and keeping this in mind we have also brought about a change in our line in products. Earlier 30% of the products in the store were readymade but now this has been increased to 70%,” says Pal.

He says the youth are increasingly getting attracted to Khadi because of brighter colours and the fact that it is comfortable to wear. “It is a most comfortable fabric to wear. I can wear it both in summer and winter,” says Anuj Kalra, a student.

Jashvant Dalvadi, Sales Manager at a Khadi Gramodyog store in Raopura area, Gujarat said “Right from the time Modi became Prime Minister, orders for Modi jackets and kurtas have grown manifold. A large numbers of NRIs settled in US, Canada, UK on a visit to city buy them.”

Upendra Vaidya, a 76-year-old consulting physician, said, “Modi has managed to set a fashion trend. I have bought one red koti (jacket) for my son Kashyap who is settled in Canada.

He will wear it over kurta and churidar pyjama.”