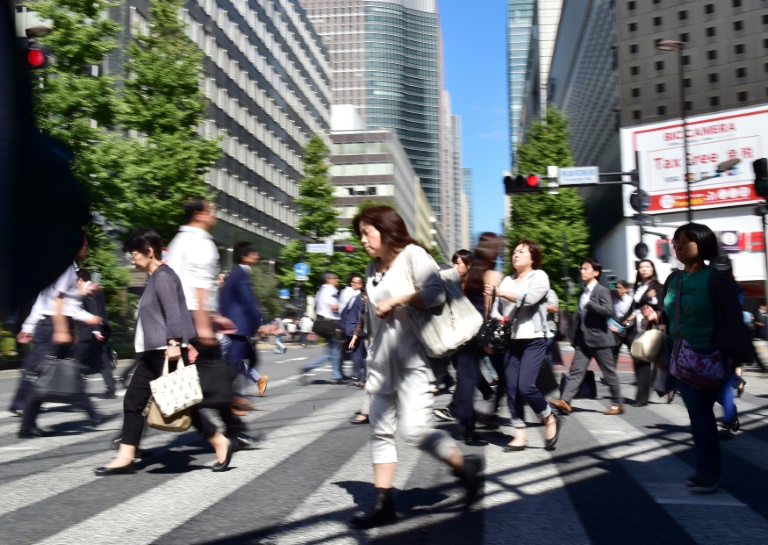 Spending among Japanese households rebounded in August, data showed Friday, offering a glimmer of hope after a string of weak figures, but economists warned the world’s number three economy was still headed for recession.

The upbeat figures were a rare bright spot in an otherwise gloomy string of trade, factory output and business confidence data that point to a contraction in the third quarter, ahead of the release of July-September GDP figures due next month.

While private spending accounts for about 60 percent of Japan’s GDP, analysts have warned over a recession in the July-September quarter — after a contraction in the previous three months.

The slowdown in Japan’s economy has underlined the challenges facing Prime Minister Shinzo Abe’s growth blitz, dubbed Abenomics, as speculation grows that the Bank of Japan (BoJ) would have to expand its massive asset-buying plan as early as this month.

“But we still expect GDP to shrink as a result of falling investment and net exports.”

Despite the slight gain in the jobless rate, Japan’s labour market was tight with a job seekers’ survey at a 23-year high. There were 123 job offers for every 100 job hunters in August, according to the report.

“This marks the strongest reading since 1992, and suggests that the unemployment rate could hit three percent in coming months,” Capital Economics said.

But the job seekers survey also suggested a skills mismatch between those looking for work and the jobs available, added Hiromichi Shirakawa, chief economist at Credit Suisse.

“We think that rising job offers will not necessarily lead to any visible increase in the number of employed,” Shirakawa said.

The fresh figures come a day after a closely watched Bank of Japan Tankan survey showed the country’s major manufacturers were becoming less confident as a slowdown in China and weakness at home hurts their business.

Weakness in Japan’s economy has stirred speculation that the BoJ will expand its 80 trillion yen ($665 billion) annual asset-buying scheme — similar to the Federal Reserve’s quantitative easing.

The stimulus plan, a key pillar of Abe’s policy, aimed to pump cash into the economy to kickstart growth and conquer years of deflation.