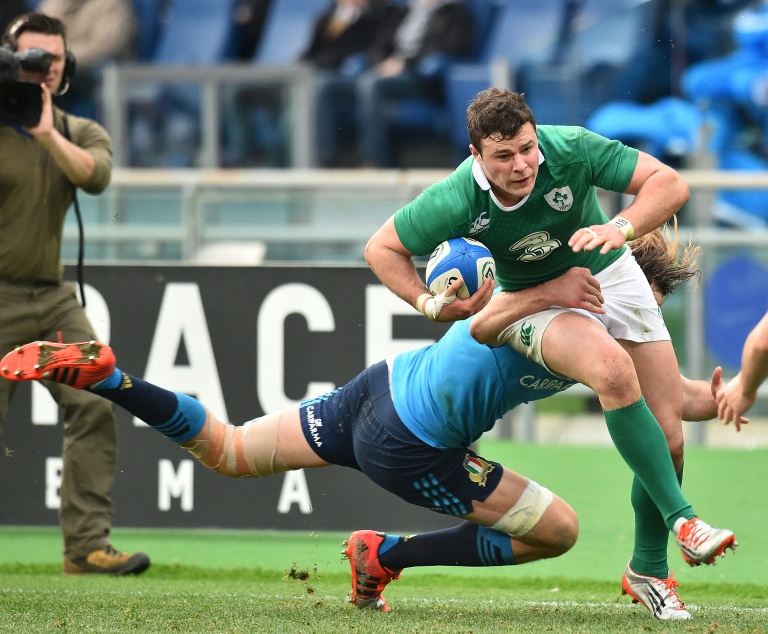 The 22-year-old — who many believe could become as great a player as Irish icon Brian O’Driscoll — is set to have Keith Earls alongside him as regular centre partner Jared Payne has not recovered from a bruised foot.

Earls needs just one try to become Ireland’s all-time leading World Cup try scorer. Having scored two in the 44-10 win over Romania, Earls is presently tied with the retired O’Driscoll on seven.

Ireland coach Joe Schmidt also had to scratch first choice fullback Rob Kearney from the starting line-up as the British and Irish Lion strained a gluteal muscle scoring a try in the trouncing of Romania.

He is replaced by Simon Zebo, who produced a vibrant performance in the fullback role against the Romanians. Zebo’s joy quickly turned to grief with the death of his grandfather last Sunday — he was allowed to fly back to Ireland for the funeral during the week.

Schmidt, who has guided the Irish to successive Six Nations titles something they had achieved only once before back in the late 1940’s, said Kearney could have been risked but Payne’s case was more serious.

“Rob’s probably fit to play. But he wasn’t fit to play at the start of the week,” said Schmidt.

“He trained pretty much fully today, so there are no real doubts on him for next week.

“Jared’s got bruising, with inflammation and discomfort but that’s getting better by the day. He can walk and jog freely now.

“It’s just the frustration that he hasn’t been able to train fully. We’d be quietly confident at the moment that he will be ready for France.

“We’d expect he’d be able to train with the team on Wednesday.

“I think Jared’s importance would be reflected by his combination with Robbie Henshaw when he has played.

“They made a really good combination during the Six Nations,” added the 49-year-old New Zealander.

As a result of the change in positions veteran wing Tommy Bowe gets a start. Although he scored two tries last Sunday, his place had been in doubt after a poor performance in a warm-up Test against hosts England.

Kearney’s brother Dave starts on the other wing for the Six Nations champions, who have a side packed with experience captained by Paul O’Connell.

After two comfortable wins, victory over Italy would see Ireland seal their place in the quarter-finals and also assure France of a last eight spot.

The two sides play each other in the final Pool D game on October 11 with the winner topping the table and avoiding a likely quarter-final against New Zealand who are close to sealing first place in Pool C.