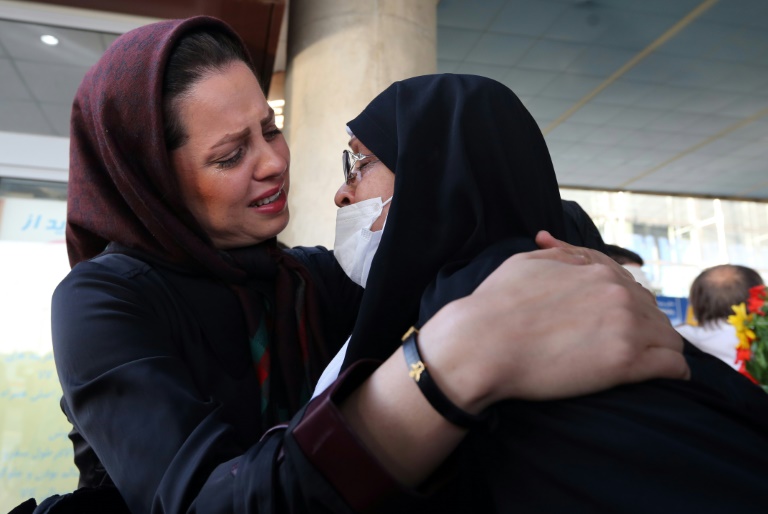 With the latest figures, the total tally of deaths given by 23 countries — not including Saudi Arabia — has now reached 990.

Iran on Thursday nearly doubled its death toll from the hajj stampede to 464, giving up hope of finding missing pilgrims alive after a tragedy that has sparked a major row with Saudi Arabia.

After Iran threatened a “fierce” response to delays repatriating its dead, Tehran and Riyadh reached an agreement to speed up the return of the bodies of Iranian victims.

Tehran has accused its regional rival Saudi Arabia of hindering its efforts to bring home the bodies.

The Islamic Republic has the highest confirmed death toll among foreign nationalities by far, accounting for more than half of the 769 people Saudi Arabia says were killed, followed by Egypt with 124.

“Seven days after this tragic accident… the status of all (pilgrims) injured has been completely cleared and reported,” Iran’s hajj organisation said in a statement Thursday carried by state television.

Around 240 Iranians were previously declared dead after the crush on September 24 near Mecca, with more than 200 classified as missing.

With the latest figures, the total tally of deaths given by 23 countries — not including Saudi Arabia — has now reached 990.

That is well in excess of the official numbers provided by Riyadh, which do not include people unaccounted for.

Ali Marashi, head of the Iranian Red Crescent’s hajj medical centre in Tehran, said his organisation had visited hospitals looking for the missing “and sadly we have not found even one person who might be Iranian”.

Iran’s IRNA news agency quoted Health Minister Hassan Hashemi as saying that he and his Saudi counterpart Khaled al-Falih had agreed to “speed up the repatriation process”.

“We were assured that no Iranian would be buried (in Saudi Arabia) without the permission of the government and their relatives,” he said.

Those unidentified bodies who are clearly Iranian would be repatriated first and identified at home, Hashemi added.

Saudi daily newspaper Al-Madinah reported Thursday that 20 teams from the kingdom’s passports department are visiting Mecca-area hospitals to record fingerprints of the dead, and of the injured who have not yet been identified.

“They should know that the slightest disrespect towards tens of thousands of Iranian pilgrims in Mecca and Medina and not fulfilling their obligation to transfer holy bodies will have Iran’s tough and fierce reaction.”

The missing included four Iranian diplomats, who the ISNA news agency said are thought to have died.

Ghazanfar Roknabadi, 49, the country’s former ambassador to Lebanon, a highly sensitive post, is among the four.

“The fate of 16 other Iranian pilgrims is still unclear according to latest figures,” Rahmani Fazli told Roknabadi’s family.

The two regional rivals were already at odds over Iran’s support for Shiite Huthi rebels in Yemen, where a Saudi-led Arab coalition has waged months of air strikes against the insurgents.

Riyadh has accused Tehran of playing politics with the hajj tragedy.

On Wednesday the coalition said it had seized an Iranian boat in the Arabian Sea loaded with weapons destined for Yemeni rebels.

Sunni-dominated Saudi Arabia and its allies have repeatedly accused their Shiite rival Iran of arming the Huthi rebels, who have seized swathes of Yemen including the capital.