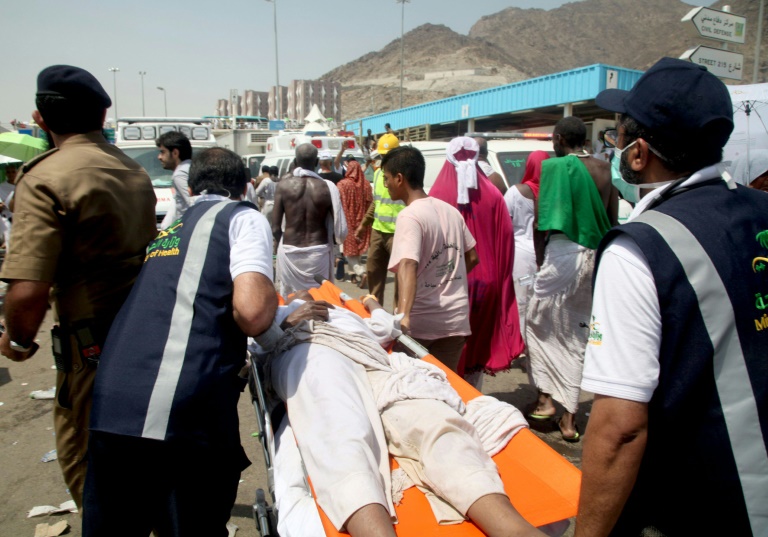 Hundreds of people were still unaccounted for Thursday a week after a hajj stampede killed hundreds more, with national tallies of the dead far exceeding figures provided by Saudi Arabia.

The kingdom gave a toll of 769 people killed and 934 injured in the tragedy during a pilgrimage stoning ritual at Mina near the holy city of Mecca.

Riyadh has not given any figures for the number of missing or said whether any Saudis were killed.

A tally of death tolls from 23 countries, mostly from official sources, put the number killed at more than 990.

More than 600 are reported as missing.

The reason for the discrepancy was unclear and the Saudi health ministry could not immediately respond to a request for comment.

Iran has topped the list of fatalities, reporting 239 as of Wednesday.

But it nearly doubled that toll on Thursday, declaring that people known to be missing were now presumed dead, raising the number killed to 464.

Iran has blamed the stampede on Saudi Arabia, demanded an apology from Riyadh and accused it of hindering efforts to repatriate the bodies.

There is also anger and anxiety elsewhere in the Muslim world.

“The families of the missing people are in distress,” the Arab News quoted Mehbooba Mufti, leader of India’s hajj delegation, as saying.

“With each passing day, their anxiety worsens,” she said. India has reported 51 deaths.

“I wish the authorities would do something to help locate my parents,” The Indian Express newspaper quoted Mohammed Jahangir Alam, of Kolkata, as saying.

India’s neighbour Pakistan gave a figure of 46 dead and more than 40 unaccounted for.

Hajjar said he shared the concerns of relatives, and said the Saudi government was making “all efforts” to address the issues they raised, the newspaper reported.

Among Pakistan’s more than 40 missing is Bushra Khaliq, an instructor at a Saudi training centre for flight attendants, her sister Uzma Khaliq, of Karachi, told AFP.

She said her brother had also gone to the kingdom to search for their sister.

“We saw a photo of an injured woman admitted in (the) intensive care unit of some hospital which we suspect is of Bushra, but we don’t know in which hospital that photo was taken,” she said.

After Iran, Egypt has reported the biggest death toll, with 124 killed.

Nigeria has 64 confirmed deaths and the largest number of missing.

“We have 244 Nigerians unaccounted for but we still presume they are not dead until we have seen their corpses,” said Uba Mana, spokesman for the National Hajj Commission of Nigeria.

Frustration has also risen in Indonesia, the world’s largest Muslim-populated nation, where the official death toll reached 59 on Thursday with 74 missing.

He said this could be quicker than waiting for the release of photos.

But Cisse Fatoumata Kouyate, president of Mali’s travel agents and tourism association, said Mali learned that 60 of its people died through the help of such photos.

Saudi Arabia has taken pictures of the dead and displayed them in Mina “so that people can find or at least know that this person lost their life,” she said.

The Saudi Al-Madinah daily newspaper reported that 20 teams from the passports department are visiting Mecca-area hospitals to record fingerprints of the dead and of so far unidentified injured.