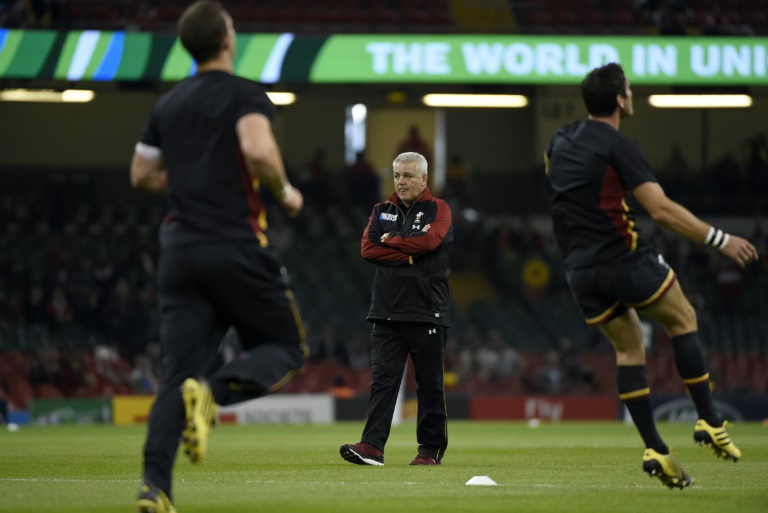 Wales coach Warren Gatland said he would attempt to remain neutral when Pool A rivals Australia and England battle out another crunch match in the “group of death” on Saturday.

Gatland oversaw a hard-fought 23-13 Welsh victory over Fiji on Thursday, meaning his side now has three wins from their opening three games, having opened with a 54-9 drubbing of Uruguay followed by a thrilling 28-25 defeat of England.

Australia are also undefeated after two games, so their match against England in Twickenham will have major ramifications for which two teams qualify for the quarter-finals.

A Wallaby victory would all but see England’s elimination.

“If we’re being entirely selfish about our own destiny and making the quarter-finals, Australia can do us a big favour on Saturday,” acknowledged Gatland, the New Zealander who has been in charge of Wales since 2007.

“But it’s a bit hard for a Kiwi to be jumping up and cheering for the Aussies!

“So I think I’ll be quite neutral for this weekend.”

Turning to the Australia-England game, Gatland said: “It’s a final for them, isn’t it?

“For England they’ll be thinking that they beat Australia and they’ll be through to to the quarter-finals because they’ve got Uruguay next week and, no disrespect, they’d fancy themselves strongly for a bonus point.

“So it’s one game for them to make the quarter-finals and that’s why it’s such an important game.”

Should England win, then all eyes would turn on Wales’ final and decisive game in the “pool of death”, against the Wallabies at Twickenham on October 10.

“If England do win, that makes next weekend’s game pretty exciting, too,” Gatland said.

“And to think that you could potentially miss out on making the quarter-final with only losing one game in your pool matches… that’s how tough this pool is.”

At the Millennium Stadium, two first-half tries by Gareth Davies and Scott Baldwin, allied with 13 points from Dan Biggar’s boot, saw Wales past a Fijian side that scored one try through Vereniki Goneva, Ben Volavola kicking two penalties and a conversion.

“It was a really tough, physical encounter, I’m absolutely delighted with the win,” Gatland said.

“Given that short (five-day) turnaround that we had, we had to dig really deep and players did that well today.”

The coach added: “There are some sore, battered bodies, but it looks like we’re okay.

“To me it was about winning the game and the courage that we displayed was the most important thing for me.

“We had to dig deep, as we did last week, and it just shows the character of this group of players at the moment.”

Captain Sam Warburton admitted that the match had been “one of the toughest Test matches I’ve played”.

“Everyone found it tough,” he said.

Given the fatigue of his team during the match, Warburton said he realised that a “bonus point was going to be extremely tough to get”.

“It’s disrespectful to Fiji to talk about bonus points before the game because we knew that with only a five-day turnaround it was going to be one of our tougher games.”

With a nine-day turnaround before the Australia game in London, Gatland will have many issues to address, starting with a mis-setting scrum and an at-times woefully naive tactical kicking game.