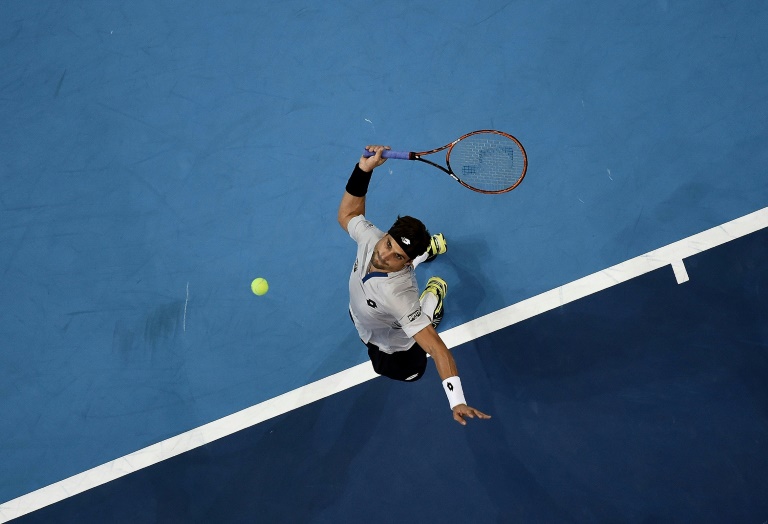 Top seed David Ferrer from Spain advanced to the semi finals of the Malaysian Open in Kuala Lumpur on Friday after defeating Kazakhstan’s Mikhail Kukushkin in straight sets.

The world number 8 showed off his powerful groundstrokes, winning the match 6-3, 6-4.

The 33-year-old will next be battling Germany’s Benjamin Becker who beat fourth seed Grigor Dimitrov from Bulgaria 6-4, 7-6 (7/3) in an earlier quarterfinal match.

“I’m feeling good physically. I have won both my matches in straight games and I must maintain this consistency,” said Ferrer.

“Tomorrow will be another tough game, but I will rest well and be prepared,” he added.

“Fitness and mental strength is very important in tennis, and I am thankful to be going strong at 34,” said the Spaniard.

“I knew he (Pospisil) was tiring at the end and I was happy to win. I played a great match and was more confident than I was on Thursday.”

Lopez will face off with seventh seed Nick Kyrgios from Australia who went through to the semi-finals after beating third seed Ivo Karlovic from Croatia 7-6 (7/4), 7-6 (7/2).

During last year’s Malaysian Open, Kyrgios was knocked out in the first round.

Meanwhile, Treat Huey from The Philippines and Henri Kontinen from Finland were the first pair to book their place in the menâ€™s doubles final after a 6-7 (2/7), 7-6 (7/2), 10-7 victory over German Andre Begemann and Artem Sitak from New Zealand.