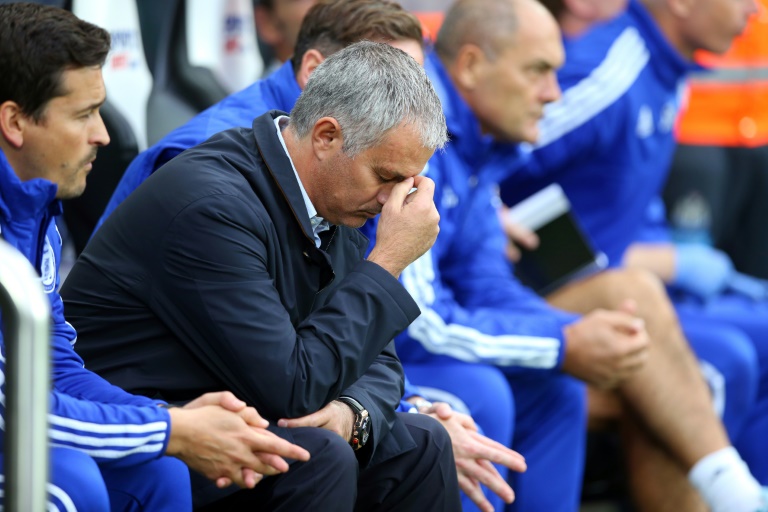 Jose Mourinho has described Chelsea’s stuttering start to the season as the “worst period of my career.”

The current Premier League champions are 14th after seven games where they have collected just two league victories.

Their poor form was underlined by a 2-1 defeat at Porto in the Champions League on Tuesday and manager Mourinho believes it has never been as bad for him during his 15-year coaching career.

“I define it as the worst period in my career with the worst results in my career, which I see as a fantastic experience,â€ said the former Porto, Inter Milan and Real Madrid boss ahead of Saturdayâ€™s home game with Southampton.

“It is not one I want to repeat. I want it to finish tomorrow, but it’s a good experience in my career.

“It comes too late. To come after 15 years is too late. It should come after three or four. But it’s something that’s helping me to be better.

“It’s a great negative experience. It’s the worst results. I’ve had big challenges all the time. But it’s the worst period: I’ve never lost so many matches, that’s a fact.

“When I am top of the league and the second team are a point behind that’s the pressure I like. I don’t like the pressure where we are, but I cope well with it.

“It’s always about the next match. I’m waiting for tomorrow, want to play, so I cope. I cope.”

Mourinho claims the lines of communication remain open despite the poor play on the pitch.

“When you make a big mistake, you know and you feel it,â€ he said. â€œIn here we speak openly. You did that, you could do that, you could help your mate, I did that mistake but you could do a bit better to compensate for my mistake. We communicate openly. No primadonnas crying. Everyone wants to do well and accepts the criticisms, knows the job and knows what let the team down.

â€œWhen you make mistakes you have to speak about it. You know what I call that? In football? ‘Coaching, Coaching!’

“After the match I never have a bad reaction, not even after a specially good reaction. After the match it’s about calming down and going home. Next day, I’m calm so I coach. I coach. And I don’t have primadonnas who cannot be criticised.â€

Mourinho was less expansive on the Eva Carneiro situation after FA chairman Greg Dyke criticised the Chelsea manager on his treatment of the clubâ€™s doctor.

Dyke has condemned Mourinhoâ€™s “failure of personal judgement and public behaviour” which eventually saw Carneiro lose her job after being told to stay away from the first team following her treatment of Eden Hazard on the opening day.

But Mourinho refused to respond saying: “For the past two months I didn’t open my mouth, and I’m going to keep it like this. One day I will speak, but I will choose the day.

“I’m quiet about it for a long time. I read and I listen and I watch, and I’m quiet. We can be here all day, my time to speak will arrive when I decide.”

Meanwhile Mourinho revealed that a deal is close to bring in former AC Milan goalkeeper Marco Amelia as cover for Asmir Begovic with Thibaut Courtois out until December.

“He is working with us,” he said. “He is an experienced goalkeeper who knows what a big club is. He knows the responsibility.

“He’s played Champions League, played national team. But, the last couple of years, he didn’t play so much and he hasn’t trained with a team for a few months. But what we need is some cover. Some stability until Courtois is back. Maybe he’s the guy to give us that.”