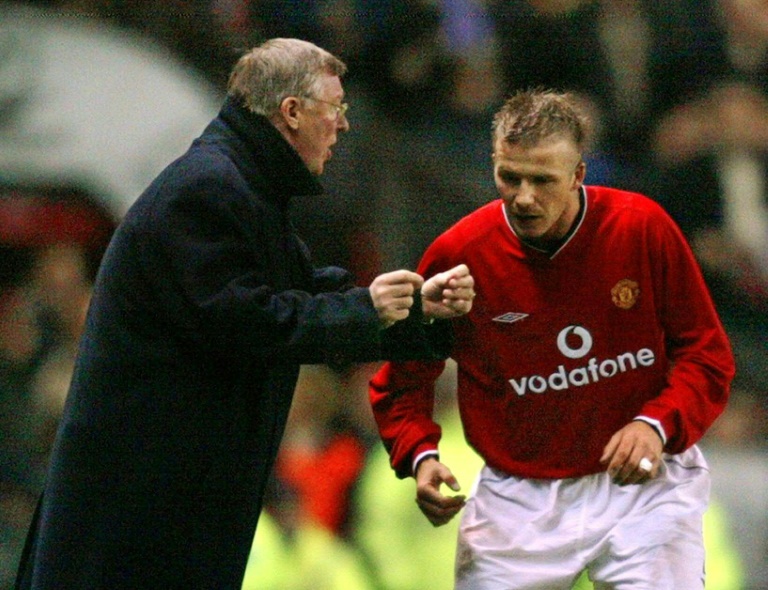 Alex Ferguson is to manage David Beckham once again when he takes charge of a Great Britain and Ireland select for a charity match next month at Old Trafford.

Beckham was a high-profile member of Ferguson’s Manchester United team for 11 years before the pair had a notorious falling out in 2003 after the Scot accidentally kicked a boot that struck the former England captain above his left eye.

Ferguson sold Beckham to Real Madrid four months after the dressing room incident and then criticised the ex-England captain in his autobiography, but the pair are now on good terms.

Beckham contacted 73-year-old Ferguson recently to see if he wanted to get involved in the charity match designed to raise funds for UNICEF and the former United manager accepted the offer.

He will manage a Great Britain and Ireland XI, which will be captained by Beckham, at Old Trafford on November 14.

It will be the first time the retired Scot has returned to the dugout since ending his 26-year reign as United manager in 2013.

In the opposing corner will be Carlo Ancelotti, who managed Beckham at AC Milan and Paris St Germain.

The Italian will manage a Rest of the World XI led by former Real Madrid and France star Zinedine Zidane.

The other players involved will be announced over the next month.

On Ferguson’s involvement in the match, Beckham told BBC Radio 1: “I called him and asked him. He’s like a father figure to me.

“The other day I saw him for the first time in a long time. We’d never even think about having a little glass of wine or beer (as players) in front of him but the other day someone handed me a glass of wine and I was talking to him (Ferguson) for 20 minutes with the wine hidden behind my back. Me, Nicky Butt and Paul Scholes all said the same thing, we all hid the glass of wine behind our back.”