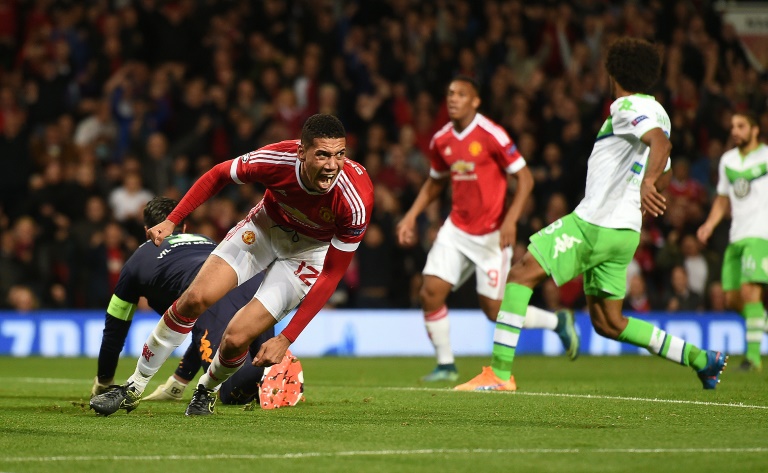 Manchester United manager Louis van Gaal warned of danger ahead for his team in the Champions League if they do not learn to close out games more convincingly.

Juan Mata scored a penalty and set up a goal for Chris Smalling as United came from behind to beat Wolfsburg 2-1 at Old Trafford on Wednesday and claim their first win in Group B after an opening loss to PSV Eindhoven.

But United endured several nervy moments before the final whistle, with Andre Schuerrle and Ricardo Rodriguez going close, and Van Gaal was dismayed by his side’s momentary loss of defensive wherewithal.

“After (Smalling’s goal) it was not good anymore and that is remarkable because we’ve kept the ball in our possession very well in the last five, six matches,” said the Dutchman, whose side have won their last four games.

“I think we have given a lot in the first half to come back in the game, and (there is) also the culmination of matches of the last weeks, because I cannot understand that we gave the ball away so easily.

“I think the team spirit kept us in the match.”

He added: “We have to improve a lot for Manchester United to be at the top of Europe.

“Today (Wednesday) we have won this game, but it could be also in a better way. I think that we deserved to win, because we created much more chances than Wolfsburg, when you count all the chances.”

Daniel Caligiuri put Wolfsburg ahead in the fourth minute, after United right-back Antonio Valencia failed to step up and play him offside, but then conceded the penalty when Mata’s cross struck his outstretched hand.

Mata scored the penalty, teed up Smalling’s 53rd-minute winner with a delightful improvised flick and proved a constant source of invention, but Van Gaal was reluctant to join in with praise of the Spaniard’s display.

“I don’t speak about individual performances, but I have seen Mata playing better than today,” he said.

Van Gaal was more forthcoming with plaudits about Smalling, whose neatly taken goal capped another commanding performance at centre-back.

“The way he scored the goal was outstanding, especially for a defender and especially for him because he is not doing that so much. Now he has the confidence to do that. I’m very pleased with his performance.”

Mata revealed after the game that he had replaced Wayne Rooney — who spooned a glorious first-half chance over the bar — as first-choice penalty-taker and Van Gaal confirmed that it had been his decision.

“I take all the decisions,” he said when asked by a journalist if he had discussed the matter with Rooney.

“I communicate always with my players. Everybody knows that, except you.”

Wolfsburg coach Dieter Hecking felt that his side were “unlucky” to concede the penalty from which Mata equalised and described Smalling’s winner — which stemmed from a mishit shot by Bastian Schweinsteiger — as a “shit goal” to concede.

He also made a convincing argument that Morgan Schneiderlin should have been shown a second yellow card for tripping Julian Draxler as the Wolfsburg playmaker bore down on goal late in the game.

But with all four teams in the group now level on three points, he is optimistic about his side’s chances of reaching the last 16 ahead of a double-header against PSV, who lost 3-2 at CSKA Moscow.

“When the draw was made it was clear we could get results against any of the teams,” Hecking said.

“I saw that in Moscow where we dominated and won (1-0). We showed what we could do here against Manchester United.

“It comes down to the next two games against PSV, where we can establish the basis for progressing to the next round. But as Louis van Gaal said, you have to win your home games.”