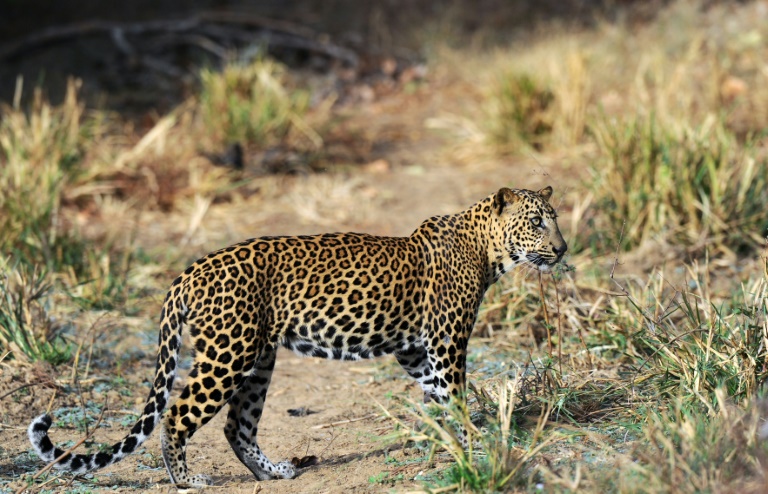 “They would come down and shoot the animals,” the guide told AFP, his jeep bouncing around on the bumpy dirt tracks of Yala National Park in the island’s south.

The 48-year-old tells how he even came under fire himself, while wildlife spotting in Sri Lanka’s second largest park, famed for its leopards, after rebels attacked a bungalow.

“They spotted us and started shooting at my vehicle. They followed the jeep and I drove at high speed until we made it to the main gate where the army and police were,” he said.

“They didn’t catch us but it was terrifying.”

For most of Peremadasa’s 31 years at the park, it was a no-go zone for tourists, except for the most hardened of adventurers who hoped to catch a glimpse of the leopards but also bears and elephants.

But in the six years since the Sri Lankan army crushed the separatist Liberation Tigers of Tamil Eelam (LTTE), ending their decades-long insurgency, visitors have returned in droves.

“Safaris were cancelled regularly and the only tourists that came during the war had experience of hostile situations,” explained Peremadasa.

“We had very few visitors. There wasn’t any work for us and we had no livelihoods.

“I even heard that they kidnapped a guide once although I never found out what happened to him in the end,” he added.

Close to 1,000 square kilometres (386 square miles) in size, Yala proudly boasts of being home to the highest concentration of leopards anywhere in the world.

Approximately 100 of the big cats are believed to roam its dusty terrain, the outer edges of which rest against a stretch of golden sands leading to the Indian Ocean.

Peremadasa said the park is now welcoming about 1,900 paying customers a day, depending on the season, occupying around 250 jeep journeys.

“There are many tourists visiting these days, lots of British people but we’re seeing more and more Chinese coming,” said the veteran guide.

“The tourist numbers are very good for our livelihoods,” beamed Peremadasa, who charges 6,000 Sri Lankan rupees ($44) for a safari lasting around four hours, depending on how many animals have been spotted.

Anushka Kahandagama, an assistant director at the Sri Lanka Tourism Development Authority, told AFP via email that more than 170,000 foreign tourists visited the park last year and another 240,000 Sri Lankans.

The influx is a much-needed boon for the local area which suffered tragedy when 250 people were killed in the Indian Ocean tsunami on Boxing Day in 2004.

No animals died but a memorial near the beach stands as a solemn reminder of those who perished.

The park, first established as a wildlife sanctuary in 1900, is divided into five blocks with tourists kept mainly to block one, where there’s thought to be between 40 and 50 leopards.

The protected eco-system is home to 44 varieties of mammal and 215 species of bird, with crocodiles, deer and peacocks also found roaming the wildlife oasis.

The end of the war has also boosted conservation efforts and officials expect that the number of leopards roaming the park has been on the increase since the war.

“We think there are nearly 100 leopards in the park but the last survey was conducted 10 years ago,” said an official at Sri Lanka’s Department of Wildlife Conservation.

“No new surveys are scheduled but we believe that when the next one is done we will find more of them,” he added over the phone, without giving his name.

While Yala’s guides are obviously delighted with the upturn in their fortunes, there has been one major drawback however.

“The many more jeeps that are out and about has actually made it a lot harder to spot the leopards,” lamented Peremadasa.

“You used to be guaranteed of seeing some after just one or two hours of looking but now it can take much longer and sometimes you don’t see any at all.”