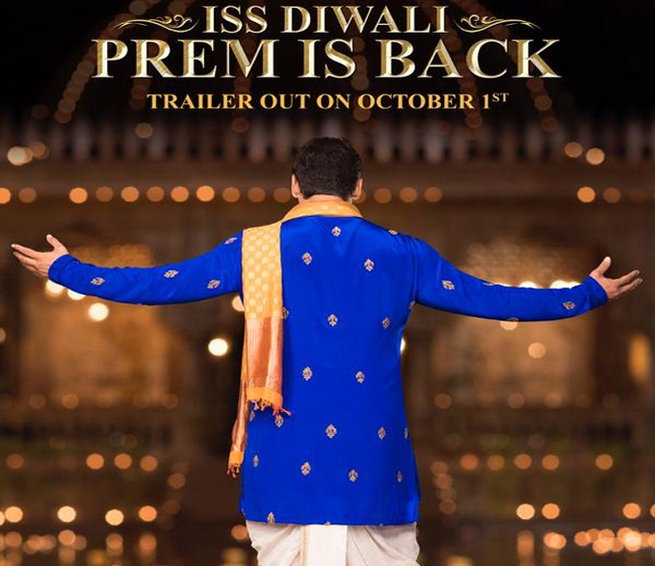 Prem is back to woo his fans. Yes, we are talking about Salman Khan’s upcoming flick ‘Prem Ratan Dhan Payo’. The much-awaited trailer of the flick was finally released on Thursday.

The announcement of the trailer release was made on the official twitter handle of Salman Khan.

This is one of the most beautiful film that Sooraj/Rajshri & me have done together in every aspect. The trailer will convey #PRDPtrailer

Apart from Salman Khan and Sonam Kapoor in the lead roles, the film also has Neil Nitin Mukesh, Anupam Kher and Armaan Kohli.

Yes it was not just a rumour but the trailer shows that Salman Khan will be seen in a dual role. He plays the roles of ‘Prem’ who is a Prince while ‘Vijay’ who is a fighter.

A king, who is loved by his subjects, wants to lead a normal life away from all the responsibilities and his kingdom, while his step brother plans to steal the throne from him.
But things are changed when the king finds out the common man who looks exactly like him and they change their identities with each other temporarily.

All you need to know about ‘Prem Ratan Dhan Payo’

1. Salman Khan made his debut with Rajshri productions and is back after almost 16 long years.
2. Salman-Sonam pair will be seen for the first time on screen.
3. Directed by Sooraj Barjatya, Prem Ratan Dhan Payo is slated for release on November 12, a day after Diwali.