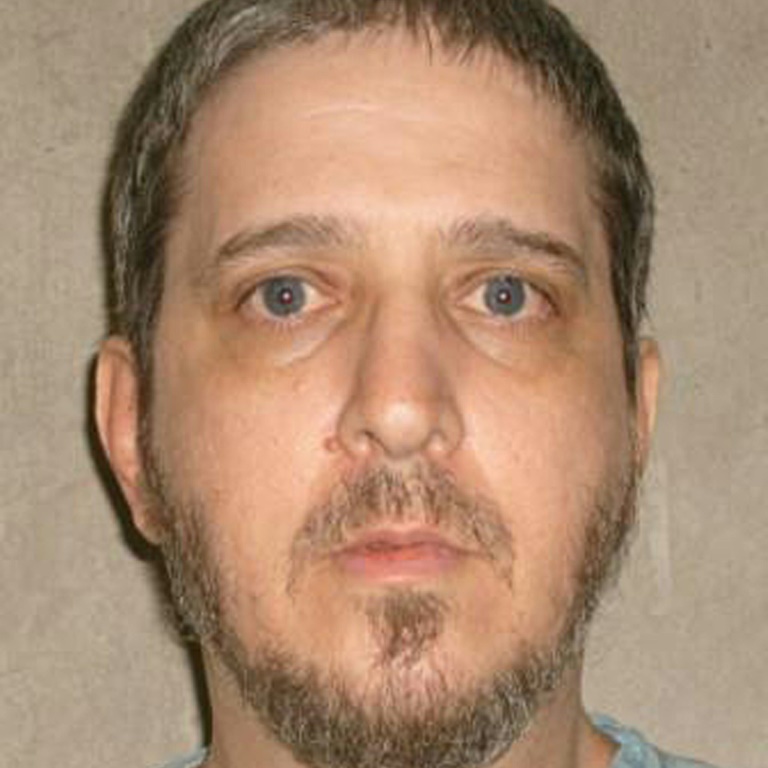 The governor of the US state of Oklahoma on Wednesday issued a last-minute stay of execution of an inmate convicted of ordering a murder, amid questions over one of the lethal injection drugs.

Richard Glossip — whose case had sparked appeals for clemency from Pope Francis, celebrities and others — had been set to die in the afternoon, following a two-week reprieve to allow time for the consideration of new evidence in his murder conviction.

But Republican Governor Mary Fallin issued a surprise 37-day stay, saying the state needed time to address questions about the use of potassium acetate in the three-drug lethal injection cocktail and ensure it complies with court-approved protocols.

“Last minute questions were raised today about Oklahoma’s execution protocol and the chemicals used for lethal injection,” Fallin said in a statement.

Her executive order said the stay was granted to allow time to check on the viability of the substitute drug, “and/or obtain potassium chloride,” which is the drug normally used.

Oklahoma found itself in the midst of a firestorm last year over a botched execution that sparked a national and international outcry.

Glossip had challenged the legality of a different drug used in the state’s lethal injection protocol before the Supreme Court — one called into question in connection with last year’s painful execution — but lost that case.

He also had failed to secure a last-minute stay from the high court on Wednesday. It rejected an appeal from Glossip’s lawyers without explanation.

The execution is now set for November 6.

He was subsequently convicted based on the testimony of Sneed, who pleaded guilty and was able to negotiate a life sentence by claiming his co-worker had masterminded the plot.

Glossip has long proclaimed his innocence, and his lawyers have repeatedly questioned Sneed’s credibility.

Glossip had what he thought would be his final meal Tuesday evening, according to a spokesman for the Oklahoma Department of Corrections, eating pizza, fish and chips, and a “Baconator” burger and strawberry malt from fast-food chain Wendy’s.

In a letter sent September 21 to Fallin, the pope’s personal representative asked that Glossip’s sentence be commuted, writing it would “give clearer witness to the value and dignity of every person’s life.”

The case has also attracted other high-profile attention, with actress Susan Sarandon and billionaire Richard Branson among those who have voiced concern.

Branson took out a full-page ad in the Oklahoman newspaper Wednesday, calling for a 60-day stay and saying Glossip “may well be completely innocent.”

Glossip’s execution would have been the second in quick succession in the United States.

Georgia went ahead with an execution — the first of a woman in 70 years in the southern state — in the early hours of Wednesday, several hours later than expected, despite a similar call for clemency from the pontiff.

Critics, however, say midazolam is not strong enough to prevent inmates from experiencing agonizing pain during executions.

In April 2014, death-row inmate Clayton Lockett, convicted of murder, rape and kidnapping, took 43 minutes to die and could be seen writhing in pain during his prolonged death. Midazolam was used.

Glossip was one of a group of death row inmates who challenged the use of the drug. The case went all the way to the Supreme Court but it voted 5-4 in June to uphold the use of the sedative, saying it does not violate the US Constitution.

Glossip’s lawyers produced new evidence earlier this month, but Fallin said it was not “credible evidence” of his innocence and refused to delay his execution.

The state’s criminal appeals court however had said it wanted more time to consider the evidence and granted an initial stay of execution on September 16.

Supporters argue that there is no physical evidence to link Glossip to the brutal murder and that Sneed had every motive to lie.

However, Oklahoma Attorney General Scott Pruitt has said he was confident that the criminal appeals court would conclude that there was “nothing worthy” that would lead it to overturn the guilty verdict.

The United States remains the only Western country to maintain the death penalty.