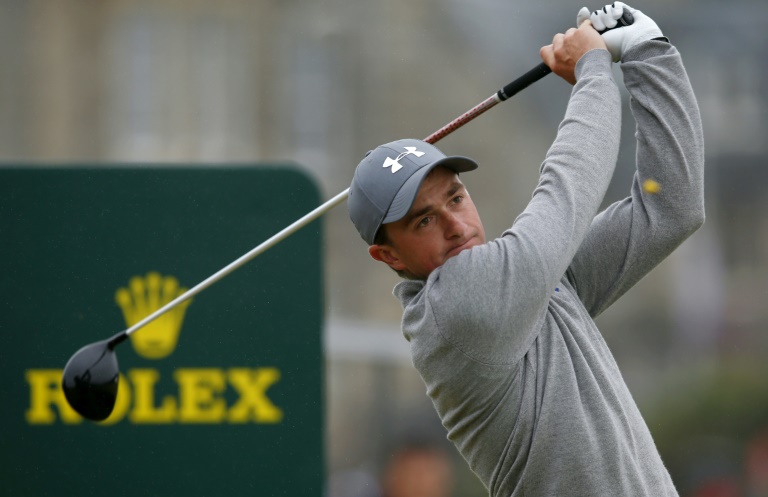 Walker Cup stars Jimmy Mullen and Paul Dunne enjoyed incredible professional debuts on Thursday with opening rounds of 64 that gave both players a share of the lead at the Alfred Dunhill Links Championship.

Englishman Mullen turned professional after winning all four of his matches for Great Britain and Ireland in a record victory over the United States at Royal Lytham last month.

The 21-year-old made a blistering start at Kingsbarns, traditionally the easiest of the three courses used for the tournament, as he recorded eight birdies, an eagle and two bogeys.

“What I did as an amateur worked, so I didn’t see any reason to change it,” Mullen told the European Tour’s website.

“I just stuck to what me and (caddie) Alex (Howie) and Paul (Mitchell), my coach, who is up for a practice day, stuck to our game plan and our routine, and it worked all right today.”

Not to be outdone Irishman Dunne, who shared the lead after 54 holes of the British Open at St Andrews in July, matched Mullen’s eight-under par score with a 64 of his own on the same course, having recorded a hole-in-one on the par-three 15th.

That left them tied with Kristoffer Broberg after the Swede carded a 64 on the Old Course at St Andrews.

Denmark’s Soren Kjeldsen as well as Englishmen Richard Bland and Anthony Wall finished one stroke behind after all shooting 65 at Kingsbarns.

1999 British Open winner Paul Lawrie ended the day six shots adrift after a round of 70 at St Andrews, while European Ryder Cup captain Darren Clarke carded a 71 at Carnoustie.