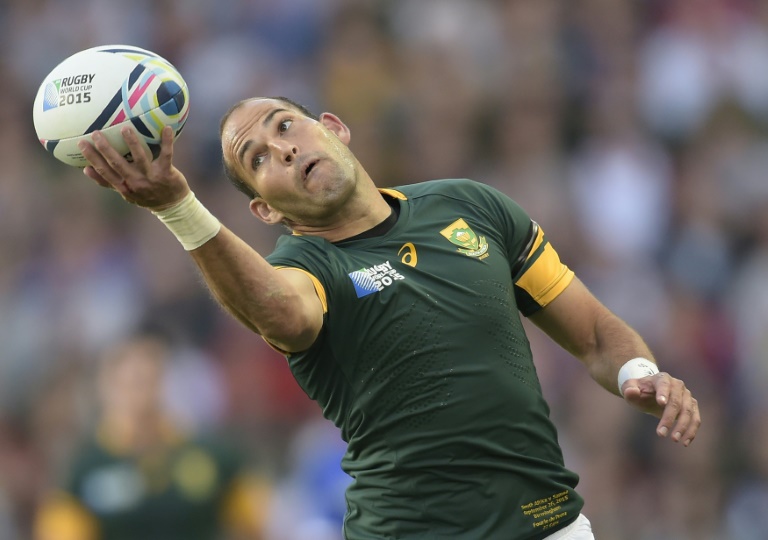 Du Preez, 33, takes the role vacated by centre Jean de Villiers, who retired from international rugby after leading his side to defeat against Japan and then suffering a second broken jaw in six weeks against Samoa last Saturday.

Du Preez, the 56th Springbok captain, got Meyer’s vote as vice-captain veteran lock Victor Matfield misses the Pool B game in Newcastle because of a hamstring strain.

Du Preez beat the likes of Schalk Burger, Duane Vermeulen and Francois Louw to the post when Matfield was ruled out.

All have captained their domestic teams back home. Du Preez only captained a Super Rugby team back in 2008.

But Meyer called Du Preez a “tactical genius” respected by his teammates.

“It’s not easy to lose Jean and Victor but I’ve got a lot of confidence in Fourie, I’ve coached him since he was 19 years old and even then I was astonished at his rugby knowledge. I always thought he would be a rugby genius and he is. He is respected worldwide in the game,” Meyer said .

“If you look worldwide, wherever Fourie has played â€“- even in Japan -â€“ those teams always won. When Fourie played well, the team won. He is a tactical genius and I’ve worked with him before.”

Meyer said the leadership group supported Du Preez and pledged to help him on the field.

“The biggest thing is he (Du Preez) knows how to win, he has been injured so many times, but he has a massive passion for the Springboks. He is almost at his best and he wants to win what will probably be his last World Cup.

“He is driven and the team feeds from that. I think it is the right choice and I hope the whole country gets behind him, I know the team is behind him and he is the right leader for this team.”

“It’s a massive honour and privilege for me being asked to be captain,” Du Preez said.

“I have thought about it for a long time, and in 2012 there was a similar situation. I’m very happy that I have the opportunity now and that Schalk and Duane, who are both good friends of mine.

“They have told me they will back me and I’ll do it with them. I’m not going to be a big motivational speaker or whatever. I hope to lead from the front.”

After the disaster of losing 34-32 to Japan in their opening Pool B game, Meyer has made only three changes to the starting line-up that bounced back with a big 46-6 win over Samoa.

Jesse Kriel will link up in the centres with Damian De Allende in place of de Villiers, while Lodewyk de Jager takes over from Matfield at lock.

Bismarck du Plessis returns as hooker in place of Adriaan Strauss, who is on the replacements’ bench.

Jan Serfontein, who flew from South Africa to replace De Villiers, goes straight onto the bench. De Villiers had surgery on his jaw on Wednesday which the South African federation said was a success.

The loss to Japan was the biggest shock in World Cup history but South Africa are quietly confident they can still succeed in the tournament.