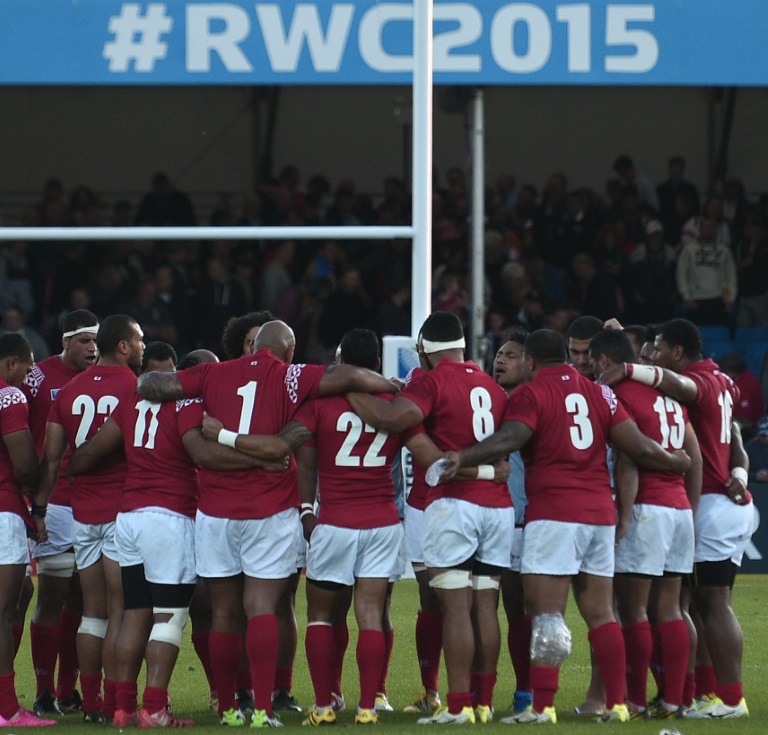 Tonga moved into second place of Pool C with a 35-21 victory over Namibia, coach Mana Otai saying their must-win game against Argentina on Sunday would be a “final”.

The South Sea islanders did themselves no favours by losing their first game 17-10 to Georgia, meaning they face a battle royale against the Pumas to snag the second qualifying spot behind defending champions New Zealand.

“It was hugely important, not just for the victory but also to get the five points,” Otai said after watching his side run in five tries to Namibia’s three but botch a handful more.

“After Georgia, we kept saying that the dream was still alive. Gaining five points today was another step forward towards that and obviously there are two more games to go.”

After Argentina, Tonga, now second with six points, still have to play New Zealand but the dream could come true if other results go their way.

Otai added: “It’s a little bit of mathematics, we’re getting the calculators out and working out the points!

“Coming off last week the boys were hurting,” he said.

“We’ll definitely celebrate tonight, share a few beverages but we’ll be back on the horse tomorrow and looking to get better where we can.

“We’ll play this Argentina game as our final. We played one final today, we got another life and we’ll play another final come Sunday.”

Namibia coach Phil Davies said he was “very proud” of his team.

“We tried to move the ball and our line-out drive was quite successful,” he said, captain Jacques Burger scoring two from driving line-outs.

“The players put a huge effort in against a pretty big and physical Tongan side. They were very dominant at scrum time and very hard to stop when they were carrying the ball.

“It’s a performance we can be happy with in certain areas, but not in other areas (such as) discipline and some aspects of our defence.

“We can’t fault the efforts and committment of the players, Tonga were just too good for us today basically.”

Davies said Namibia would now try to snap their World Cup losing streak of 17 matches against Georgia next Wednesday.

“We’ll continue to go, we’ve got two games left, we’re quite proud of the two performances to date and we’ll just keep working until we get that elusive game that we’re after.

“We’re on a bit of a journey and we’re just going to continue.

Burger, the hard-hitting Saracens flanker, said his largely amateur teammates had lacked consistency in the scrums.

“It’s another opportunity lost to get our first win,” he said.

“We’re still talking ‘win’, we want to win our first match and we’re on to the next one and try to win that, look at Georgia in a week’s time.

“It’s great to get those tries but I’d swap them for a win.

“We need to start talking win. We want to win a match. All we aim for is… winning a match.”