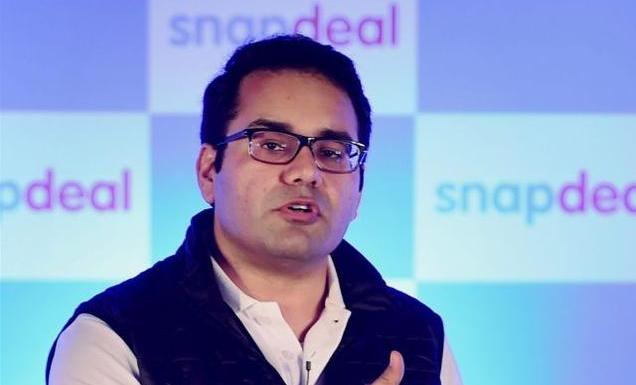 The funding will be used to expand PepperTap’s presence to 75 cities from the current 18 cities, customer and talent acquisition, PepperTap co-founder and CEO Navneet Singh said.

PepperTap, which is looking to raise up to $20 million more in 2-3 weeks, had earlier raised $10 million in Series A round from Sequoia and SAIF Partners.

“We have worked with Navneet and his team that also runs a logistics firm (Nuvo Logistics). Grocery is about 59% of retail GDP in India and we are excited to be entering into a strategic partnership with PepperTap to tap this market,” Snapdeal CEO Kunal Bahl said.

Snapdeal has been on an acquisition spree, beefing up its presence as it takes on players like Flipkart and Amazon in the burgeoning Indian e-commerce industry. This year alone, Snapdeal has acquired payments and mobile recharge startup Freecharge in a cash-and-stock deal (estimated at $400-450 million), MartMobi, Letsgomo Labs and Reduce Data.

Founded in 2010, Snapdeal has over 90 million registered users (FreeCharge included) and over two lakh business sellers. Snapdeal currently has operations in 18 cities and does close to 15,000-17,000 orders a day.