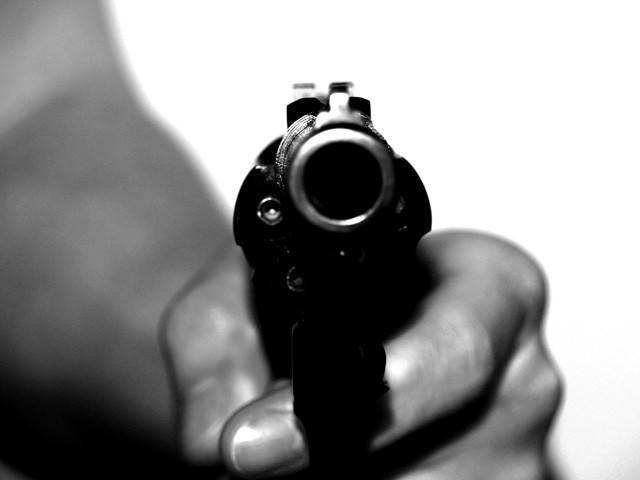 Harbir, a resident of Ballabgarh in Faridabad, ran a shop of sports shoes in Sector-7 area.

Harbir and his friend Brijesh were coming back from some work on Tuesday when two unidentified men, who had covered their faces with cloth, came from the opposite side and allegedly fired at Harbir, following which they fled from the spot, they said.

The shopkeeper was rushed to nearby Sarvoday Hospital where he was declared brought dead.

His family informed police that Harbir allegedly entered into a monetary dispute with some people about a month back.

One of the relatives of the deceased said that Harbir had a dispute with his landlord Rakesh Chopra.

Harbir was earlier running his shop on rent, which was owned by Chopra. He had paid a security of Rs 75,000 for this shop which he asked for after leaving the shop. However, the amount was not returned by Chopra, said the relative.

The family said that since Harbir was into property business too, he had to recover about 20 lacs from some parties.

SHO Police station Sector-7, Sandeep More said that on the basis of the information provided by the family, a named report was lodged making four persons accused in the case.

Police is trying to nab the accused, the SHO said.

A case has been registered with Police Station Sector-7 Faridabad. Police have started investigations in the case, said the officer.