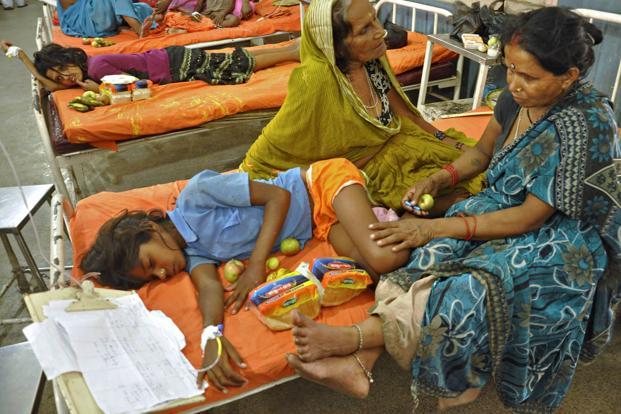 At least 100 children were rushed to hospitals in Agra after consuming the ‘nutritional’ mid-day meal served at a government school on Wednesday. It is suspected to be a case of food poisoning.

According to report, the milk was not fit to drink and the students started vomiting after drinking it.

The mid-day meal scheme was started way back in 1995 with an aim of improving the enrollment number of students.

Education is considered secondary by the poor section of society. They teach their children to work and earn. MDM was seen as a way to encourage education and also to improve nutritional level among the children.

This is the second such incident in this week. On Tuesday, 26 children took ill after a mid-day meal in Bilaspur, Chhattisgarh.

Earlier on September 2, a similar incident made 82 children ill after consuming the meal that was served at a government school in Chinhat area of Lucknow, Uttar Pradesh.

In another incident, 52 children fell unconscious after eating the meal at a government school in Khandwa district of Madhya Pradesh.